Karishma Manandhar, Keki Adhikari, Barsha Siwakoti, Anoop Bikram Shahi, Aaryan Sigdel, Anand Karki, Salon Basnet to Aashishma Nakarmi, the well known names from Nepali cinema and music touched down in London on Thursday evening ahead of the National Box Office Film Fare Awards 2017. The film award organised by the Third Eye Team UK will take place on Saturday, July 1st at The Empire in Aldershot. The first ever Nepali film award in the UK sees a stiff competition between Chakka Panja, Bir Bikram, Gajalu and LOOT 2. The films have racked up many of the nominations including Best Film!

With VIP tickets for the event sold out, standard tickets are still available! Make sure you buy your tickets ASAP to avoid any disappointment. The award ceremony will be followed by an after-party at the same venue. 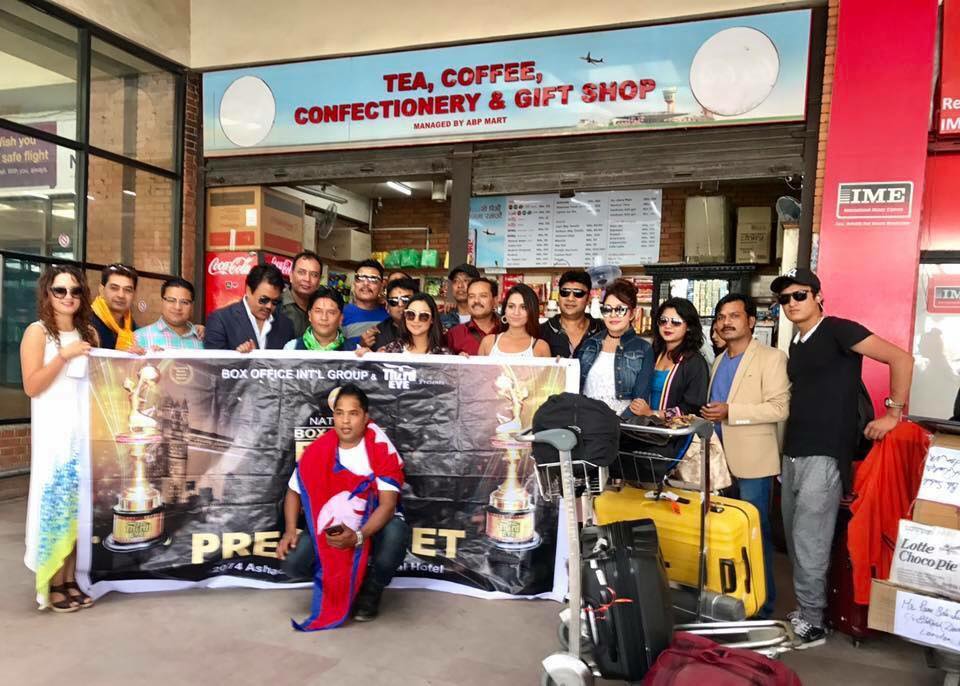 Lex Limbuhttps://lexlimbu.com
Lex Limbu is a non-resident Nepali blogger based in the UK. YouTube videos is where he started initially followed by blogging. Join him on Facebook and follow him on Twitter.
Previous articleSipora Gurung And Ramesh Budhathoki In BHUIMANCHHE
Next articleIn Loving Memory Of Nilu Doma Sherpa