With just few days ahead of the album release of Satan In Your Stereo, metal band UNDERSIDE have released ENEMY WITHIN ME. In a matter of hours, the band have received nothing but praise for the song from die-hard fans all over. The band recently performed at the Rock Altitude Festival and will be performing at the Boston Music Room in London on Saturday, 19th August. The day will also see the band performing many new songs off their new album Satan In Your Stereo! 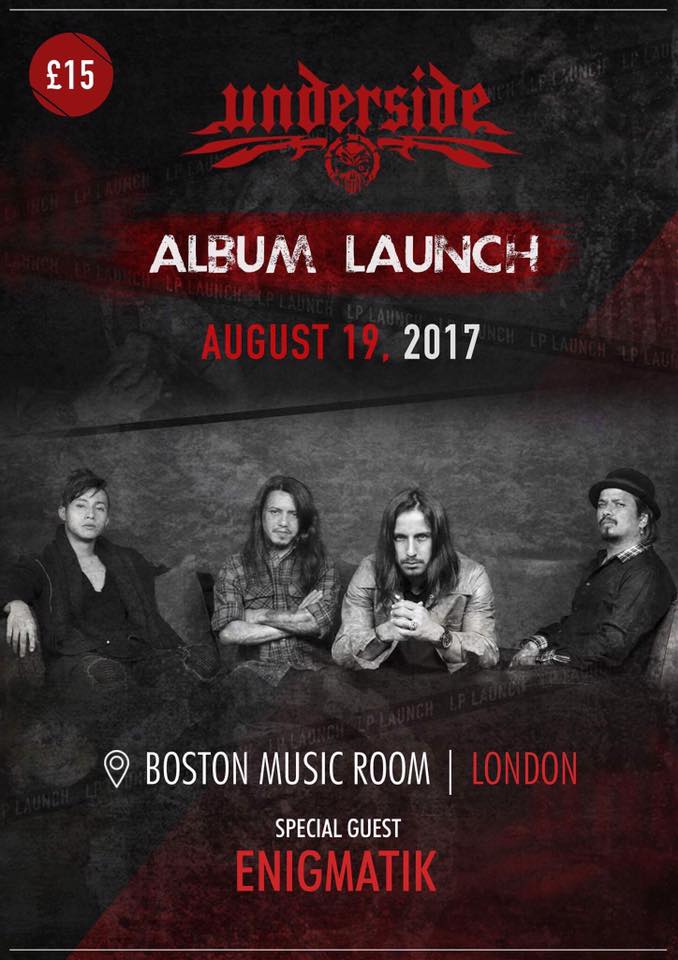 With support from the band ENIGMATIK, tickets are already on sale! BUY HERE!

[Read The Interview With UNDERSIDE]