Former Gurkha veteran Hari Budha Magar who lost both his legs during the war in Afghanistan successfully climbed MERA PEAK with his CONQUERING DREAMS climbing team. The team reached the top at 9.02AM on 19th September, 2017. The peak which stands at a height of 6,476 meters is located in the Sagarmatha Zone. Hari’s successful climb also means that this is the first double above knee amputee to summit a peak over 6000 meters.

The Mera Peak expedition is part of Hari’s training to climb Mount Everest in the Spring of 2018. Unfortunately, the cost of climbing a mountain does not come cheap. The war veteran had to remortgage his property to support his expedition to Mera Peak. ‘Conquering Dreams Mera Peak Expedition’ was jointly supported by UK/Nepal based Himalayan Ski & Treks (led by Krishna Thapa) and USA based Myrmidon Expeditions (led by Christopher Pollak).

You can support Hari’s big mission to climb Mount Everest in 2018 by contributing here! Hats off to Hari Uncle and his team. This is a remarkable action, one which I hope will inspire and encourage everyone to be active and to follow their dream. Hari uncle has gone to show and has bigger plans, to show what he can do regardless of his situation. 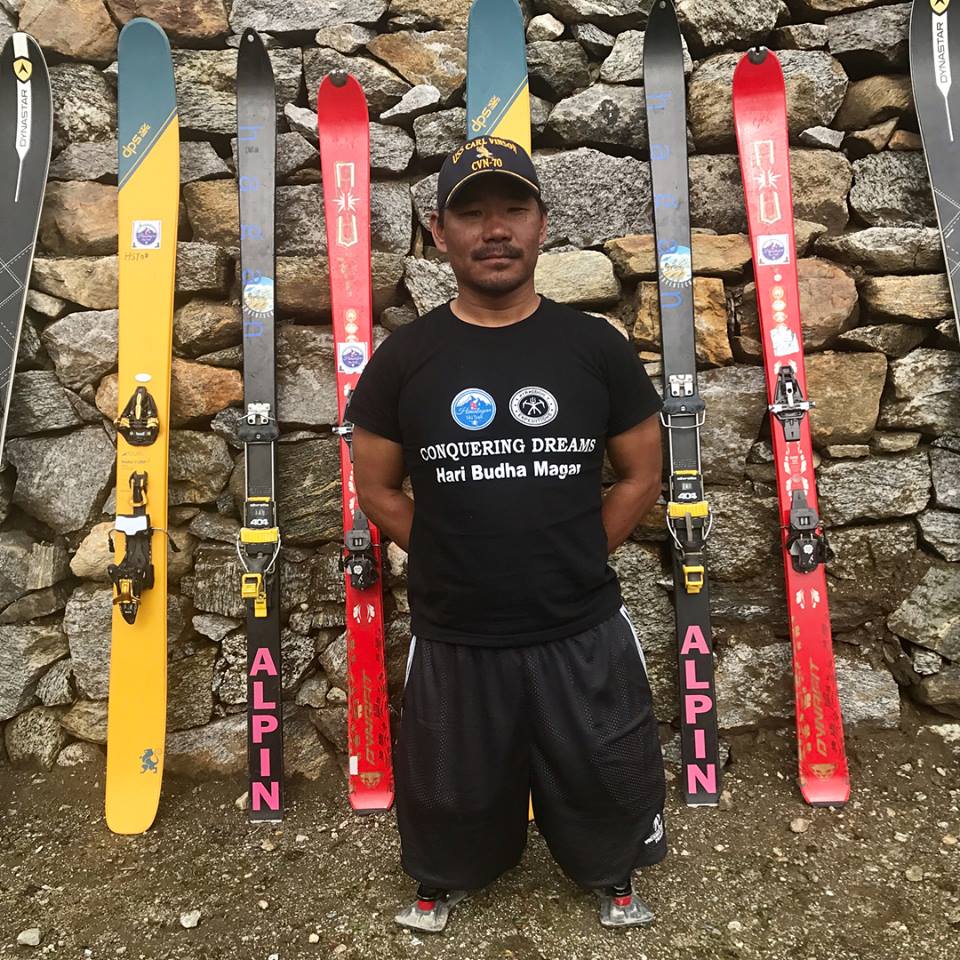 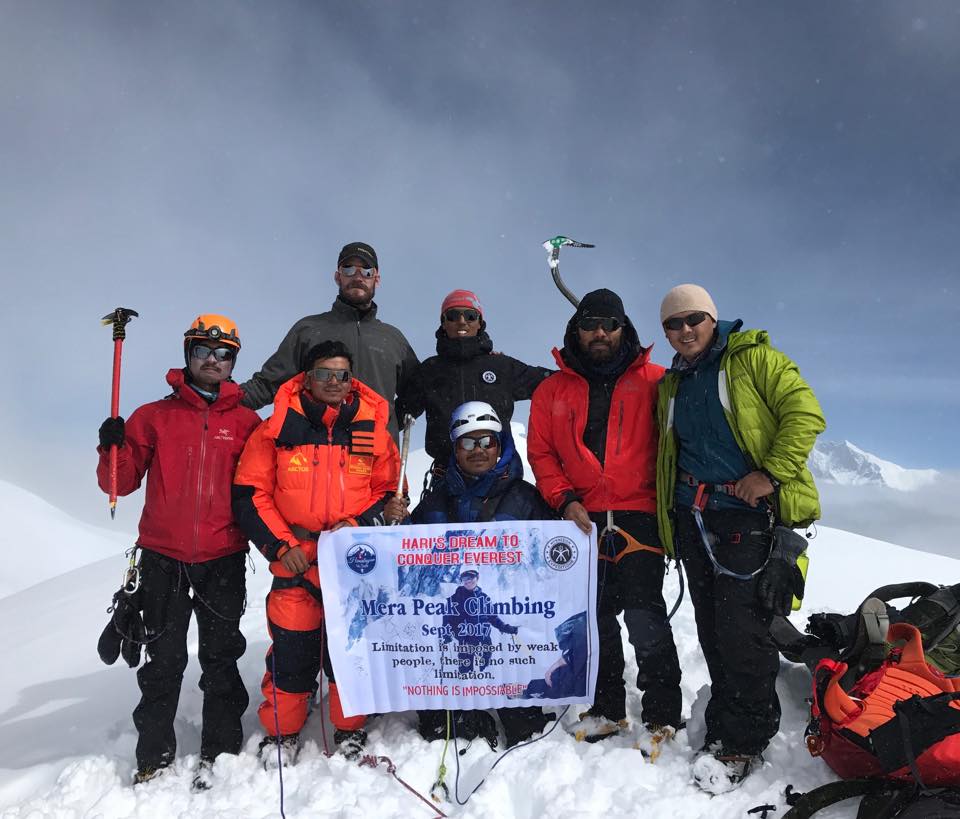 Lex Limbuhttps://lexlimbu.com
Lex Limbu is a non-resident Nepali blogger based in the UK. YouTube videos is where he started initially followed by blogging. Join him on Facebook and follow him on Twitter.
Previous articleJAY AUTHOR Drops Video Teaser For ON TIME!
Next articleWelcome Dashain With Neetesh Jung Kunwar’s DASHAIN TIHAR Song