STEPPING UP : With Rukshana Kapali

In the frontlines of the Save Nepa Valley movement, an action with a collective of citizens concerned with the haphazard construction and deterioration of the historical towns along with the displacement of indigenous people in and around Kathmandu is Rukshana Kapali. The eighteen-year-old is part of a small but growing group of young Nepalese who are deeply invested in preserving their heritage and understanding the cultural meanings. With the cities of Yen (Kathmandu), Yala (Patan) and Khwopa (Bhaktapur) being an open museum in need of care and respectful construction, Kapali and friends often find their weekends occupied with meetings and discussing the best plan of action. “I grew up in an environment where I did so much in the name of tradition and culture and when I asked the significance of my action, I was never met with an answer that satisfied me” says Rukshana. The need for legitimate answers only made her realise how little she knew about her heritage and herself. Her love for heritage extends beyond the gallis and the Newa architecture as it was the NHU DAYA BHINTUNA text that first captured her imagination when she was in class six. With the help of the internet, Rukshana took to the streets to scour the nearby stationaries for a Nepal bhasa handwriting book. It was a walk to her home in Yala when the signs ‘Thana Ranjana Lipi Seke du’ (translates to Ranjana Lipi is taught here), that proved to be a turning point in her life. Beyond teaching the lipi, the guru provided the class six student Rukshana and her peers who were bachelor level students to devout Buddhists with a distinct perspective on the environment around them, a form of teaching which Rukshana says was a contrast to how she was being taught in school at the time.

The past month saw Rukshana attend the 9th Asia Pacific Conference for Sexual and Reproductive Health Rights in Vietnam as the focal point for Nepal. Identifying as a transgender woman, she has been able to play a pivotal role in shaping the perception of the public and those that meet her about the LGTBIQ+ family. Kapali has not hesitated in telling her story. In the long texts on her blog, her tumultuous years in school facing derogatory remarks from fellow students to the principal have been shared for all to read. Understandably, those formative school years influenced her decision attend a small college, one where she hoped to attract less attention from others. Reading about her in her own words to following her interviews over the recent past, I am in awe of her courage to be open about her sexuality from such a young age. I take a moment to ask her what it was that got her through the trying years when she was younger, “I cannot pinpoint where the courage came from but everything I did was at a pace I felt comfortable with. The world of internet opened me up to understanding what being transgender meant, the story of Santosh Panta’s daughter Caitlyn Pant was a moment for me. Reading many stories of people and their lives posed a question to myself, how long can I keep this to myself for? There came a point where I felt that it no longer needed to be kept just within me and this drive keeps me going and that is how I am here today”.

STEPPING UP – this new section on lexlimbu.com aims to bring stories and feature individuals who are taking that step up in expanding their learning and sharing their skill with others. Stepping Up aims to shine a light on the everyday individuals and encourage readers along the way. 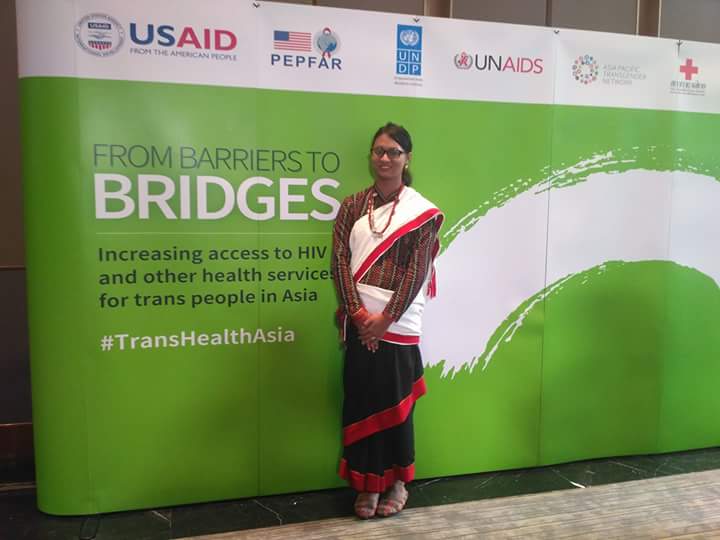 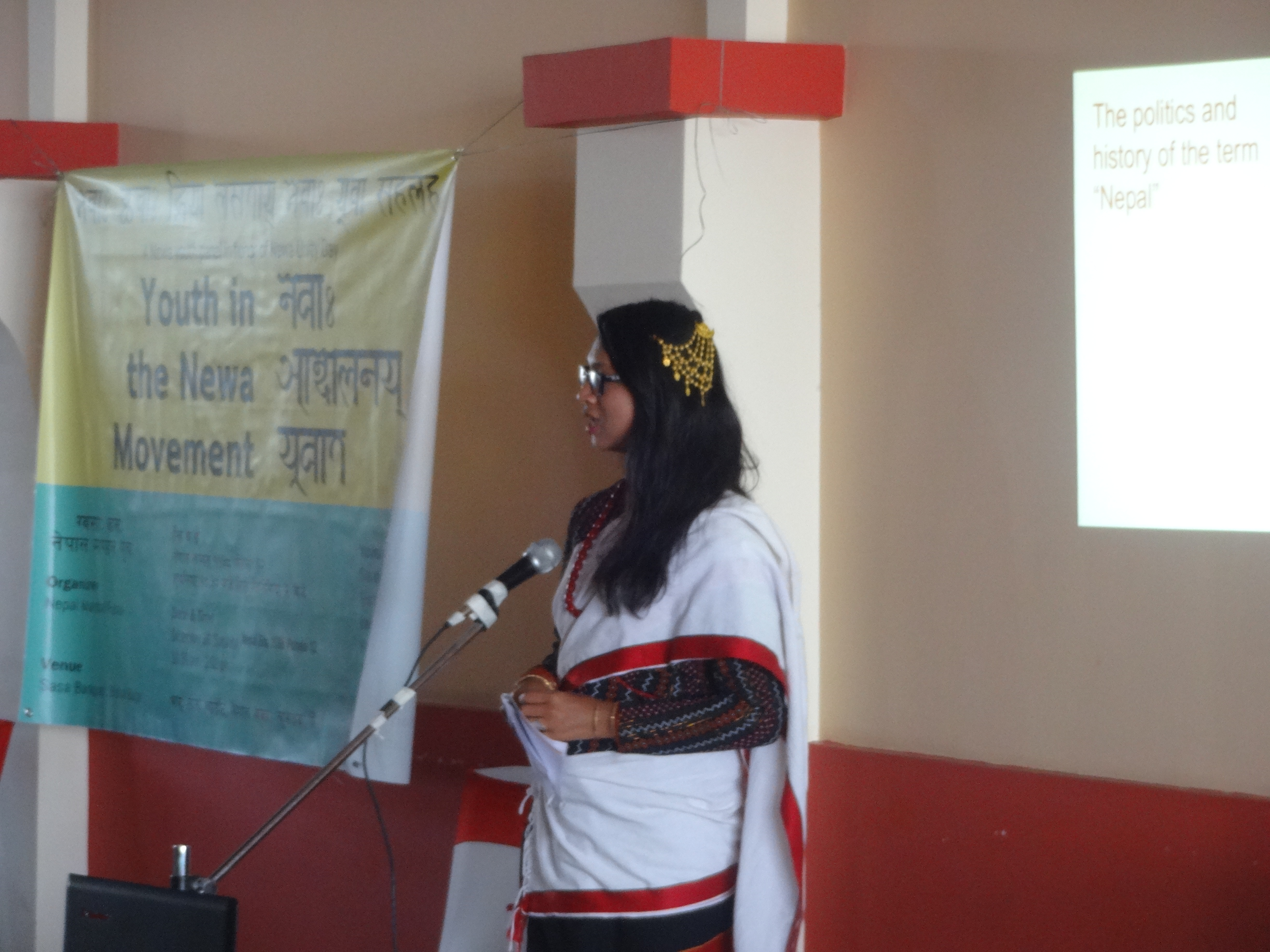 “My family, parents have accepted me from quite early on, but it has been a different experience with my relatives”, says Rukshana. After coming out to her family and relatives as a transgender woman, she soon found her Facebook profile blocked from some family members. Kapali feels that certain relatives gave up on her and her future after learning about her sexuality. With the assumption that individuals from the LGBTIQ+ community largely engage in bad activities in the mindset of people, Kapali surprised her family and extended relatives with her role at Blue Diamond Society. Working with the organisation that champions the rights and protection of sexual minorities brought opportunities for her to represent Nepal overseas at various regional conferences. She remembers her first conference trip to Bangkok being a significant moment for her. Surprisingly, the very trip also rekindled relations with certain relatives. I question why her relatives may be taking an interest after the Bangkok trip to which Rukshana takes a moment… she follows saying “Money plays an important part in the way a person is viewed. Coming from a humble background, my parents have struggled financially in the past and that has often meant we were vulnerable to ill treatment from relatives and the community; seeing my Bangkok trip I believe gave people an idea that I was also doing something with my life. They may have seen me as somebody worth keeping in their life, and some have exaggerated and talked about how I earn this and that amount of money. These may be the reason why some people changed their perception towards me”.

Kapali’s honest relationship with her feelings has unexpectedly led her to become a figure of inspiration herself. With colleagues who have worked to change laws around same-sex relations to actively challenging the societal norms, she finds herself in a company that inspires her to do more whether it’s engaging in discussions surrounding the reconstruction of Laani Pukhoo (Rani Pokhari) or sexual reproductive health. She has recently enrolled on a Bachelors of Arts with linguistics and sociology course and hopes to find herself working in linguistics down the line.

Before I end our call, I wonder why more LGBTIQ+ people are not as open as her and carrying the conversation forward. I ask for her view and yet again with an assured voice wasting no seconds, she responds “To be open or public requires time to be confident about yourself; being out means there’s also a big responsibility to spread what you know and who you are to your family and this understanding must also then reach the network to possibly your friends and relatives and this I believe, frightens many from taking that step”.

Lex Limbuhttps://lexlimbu.com
Lex Limbu is a non-resident Nepali blogger based in the UK. YouTube videos is where he started initially followed by blogging. Join him on Facebook and follow him on Twitter.
Previous articleWATCH: LIVING WITH PARKINSON’S DISEASE Documentary
Next articleSarun Tamrakar Talks Mental Health And Shares JALI KHEL Video

STEPPING UP : Meira And Her Drawings

STEPPING UP - this new section on lexlimbu.com aims to bring stories and feature individuals who are taking that step up in expanding their...
Read more