Though the official opening of the SOALTEE WESTEND PREMIER Hotel in Nepalgunj is still few months away, the four-star hotel has already received a (former) Royal guest. Former King Gyanendra Shah along with his family Queen Komal, Princess Prerana and Princess Himani attended the soft launch of the new SOALTEE property and consecutively marked the beginning of 2018. The former Royal family are believed to have stayed at the new Soaltee Hotel for a week. Having established itself as a well known five-star hotel in Kathmandu, this is the first Soaltee property outside of the capital. The hotel will be officially opened on the 1st of March. The new hotel consists of 50 standard rooms, 20 Club Room and 4 Suites as well as a fully functioning bar and banquet facilities for large events. 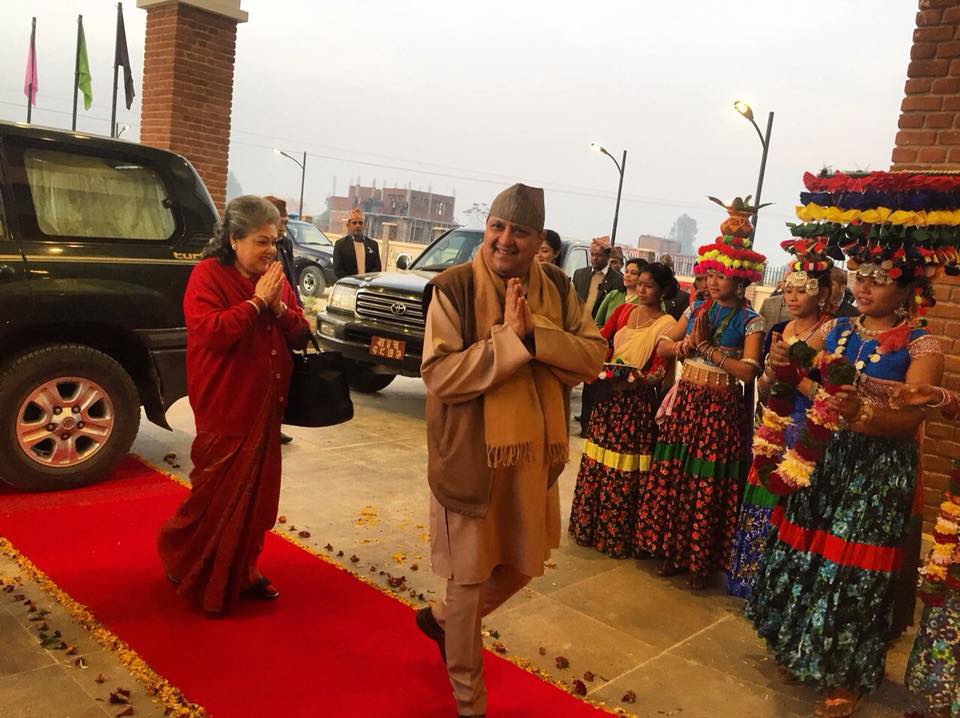 With hardly any decent photos and information online, we’ll have to wait till the official opening and active social media presence to get a better glimpse into the SOALTEE WESTEND PREMIER Hotel. With Nepalgunj being a popular hub for those visiting Western Nepal, it’s no surprise to see swanky hotels opening their doors including the recent Cygnett Inn Krishna, operated by an Indian group. Businesses should compete to set their own benchmark in quality and service.

Lex Limbuhttps://lexlimbu.com
Lex Limbu is a non-resident Nepali blogger based in the UK. YouTube videos is where he started initially followed by blogging. Join him on Facebook and follow him on Twitter.
Previous articleWATCH: How Chyangra Pashmina Is Made in Nepal
Next articleNEPAL MINDS Asks Public Their Views On Gay Marriage!

Send money to Nepal with Taptap Send this Dashain and you could stand a chance of winning a brand new iPhone 14!
Read more