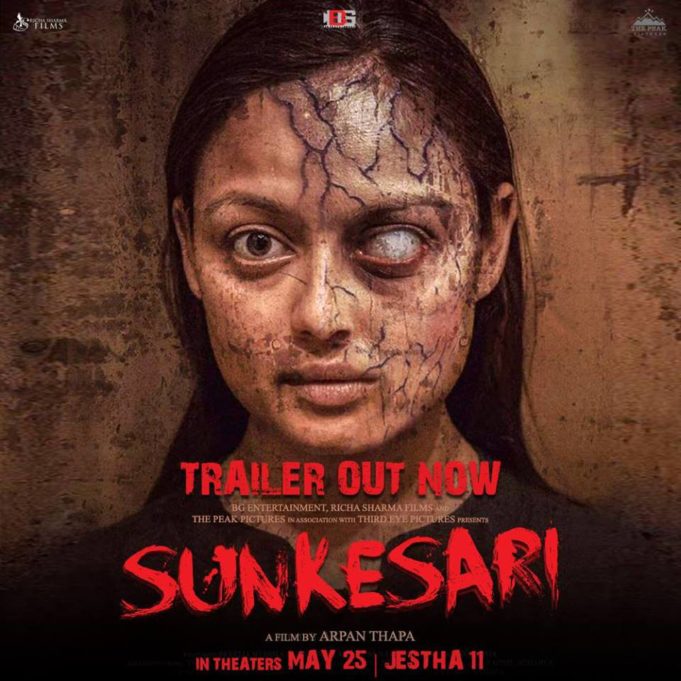 Bidding farewell to the loud dance numbers and cheesy romantic lines is Reecha Sharma in the horror film SUNKESARI. She looks at ease in the trailer and let’s hope there’s plenty of spooks coming our way! The actress who’s on a high after receiving an Honorable Mention for her role in the short-film SILVER BANGLES at the Queen’s World Film Festival will soon be taking us on a thrilling journey to Australia in the film SUNKESARI. Having already made news for filming in a haunted location, SUNKESARI aims to strike a chord with Nepali viewers when it releases on May 25th. The film has been directed by Aarpan Thapa. Fingers crossed to getting more thrillers, suspense drama and all-out horror films whether they are based in villages or the cities.