Watch “EVEN WHEN I FALL” This Weekend!

With thousands of Nepali women and children trafficked to India on a daily basis, the story of EVEN WHEN I FALL is not something new to people living in the Himalayan nation. Marred by poverty, sluggish development and natural disasters, the documentary film follows the story of Sheetal and Sarswoti as they face a harsh reality in the world of Indian circus and robbed of enjoying their childhood. The hardship faced by the duo and team in the film will strike a chord with millions of Nepalis living away from families or those who have simply gone missing.

The BFI Southbank screening of EVEN WHEN I FALL on April 4th drew several hundred in attendance, mainly non-Nepalese who were involved in the production and funding and supporters of the film. Sitting in the sea of seats and trying to spot a Nepali face was a struggle, especially when there are so many of us here in the UK – and – in London specifically. Stories like EVEN WHEN I FALL are needed in dozens, not just to be screened in rural and urban communities in Nepal but right here in our growing Nepalese community to remind ourselves of the different set of challenges that we may have moved away from. For young/maturing Nepalese like myself, the film made me think about what skills I can use to make life better for people around me and how we always have the power to change our own narrative.

When so many of us toy with the idea of giving up after a year or two, to see a film that took seven years to make is an inspiring feat. The rescued Nepali children and adults from circuses in India have received an opportunity to turn over to a new page and write their own story; take matter in their own hands and that has beautifully led to the creation of Nepal’s first circus, CIRCUS KATHMANDU. Their action in raising awareness through their performance and drama uses their strength and what they know to educate people around them and across Nepal. The Q&A with the directors and producer revealed that the Circus Kathmandu team will be screening EVEN WHEN I FALL in border towns in Nepal. 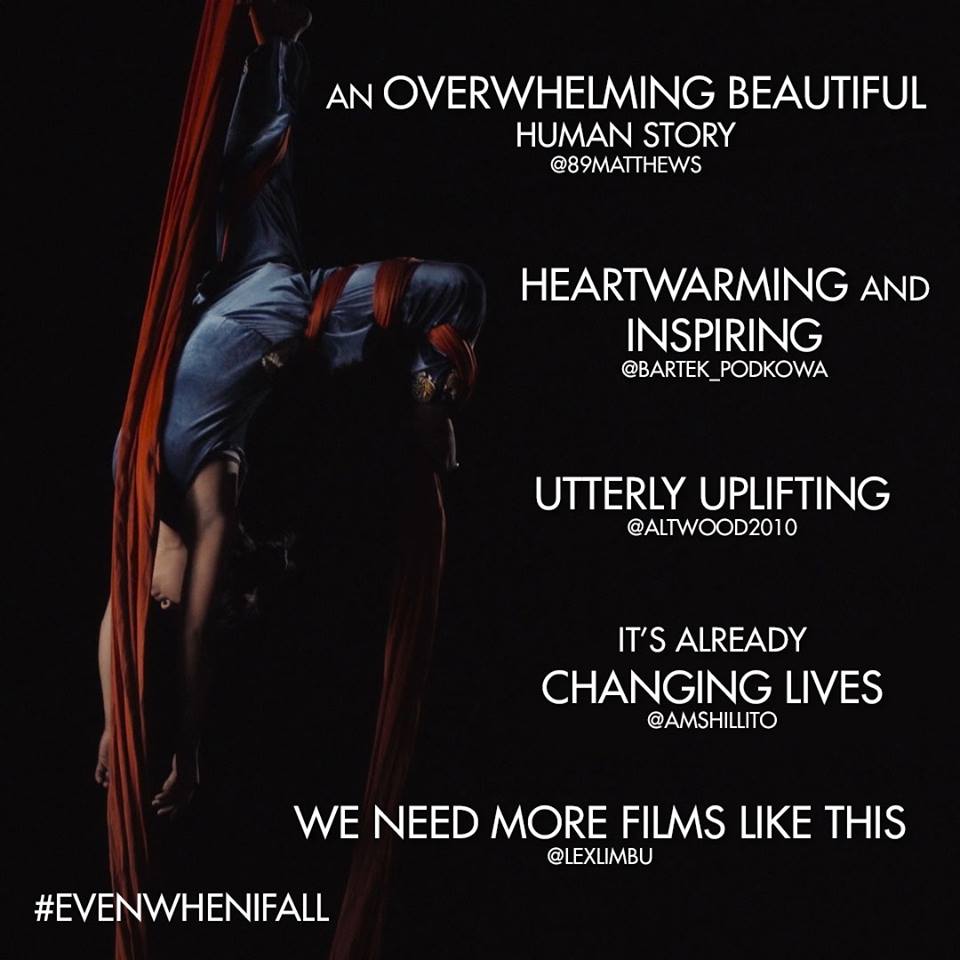 As EVEN WHEN I FALL opens across cinemas in the UK this weekend and travels to more film festivals, I would love for this story to be lived by people all over. Human trafficking is not only a problem shared by India and Nepal, it happens right here in the UK.

PS. EVEN WHEN I FALL is now available on video on demand and DVD – please click on the relevant: available online and on DVD.

Lex Limbuhttps://lexlimbu.com
Lex Limbu is a non-resident Nepali blogger based in the UK. YouTube videos is where he started initially followed by blogging. Join him on Facebook and follow him on Twitter.
Previous article#FuntasticParisGirls Cover COW SONG From Kohalpur Express
Next article#TB To PAPARAZZI’s ‘You Are Not Alone’ Nepal Tribute In Cyprus