He received the Guinness World Record for being the fastest person to climb three mountains higher than 8000m in only 5 days, 3 hours and 35 minutes and he’s determined to do it bigger this time around. Nirmal Purja, also known as Nims is currently on a big drive to win the heart and support of people for his upcoming PROJECT POSSIBLE 14/7. The goal that the Gurkha soldier has set for himself this time is to climb 14 of the 8,000m Himalayan peaks in a single 7 month season. His new expedition aims to break the previous record of 7 years, 11 months and 14 days.

Nims has aligned himself with several causes for this new challenge, sharing “Coming from a military background, I have witnessed many friends and colleagues who have gone through mental distress and mental health issues during and post their time in the service. I would like to raise awareness and support this by implementing the importance of positive mental attitude for healthy wellbeing. On the other hand, I aim to bring hope and opportunity to Nepal’s most impoverished children by providing them what is every child’s birthright: vital healthcare, education and a safe environment”.

He has raised over £115,000 for his expedition (online and offline) and he aims to raise £750,000. Aside from corporate sponsors, the mountain man has embarked on winning the support of the Nepali diaspora in the UK. He will be sharing his story and his vision in many community events.

A charity cocktail party is being held to support Project Possible 14/7 on February 16th at TRUTH Bar in Aldershot. 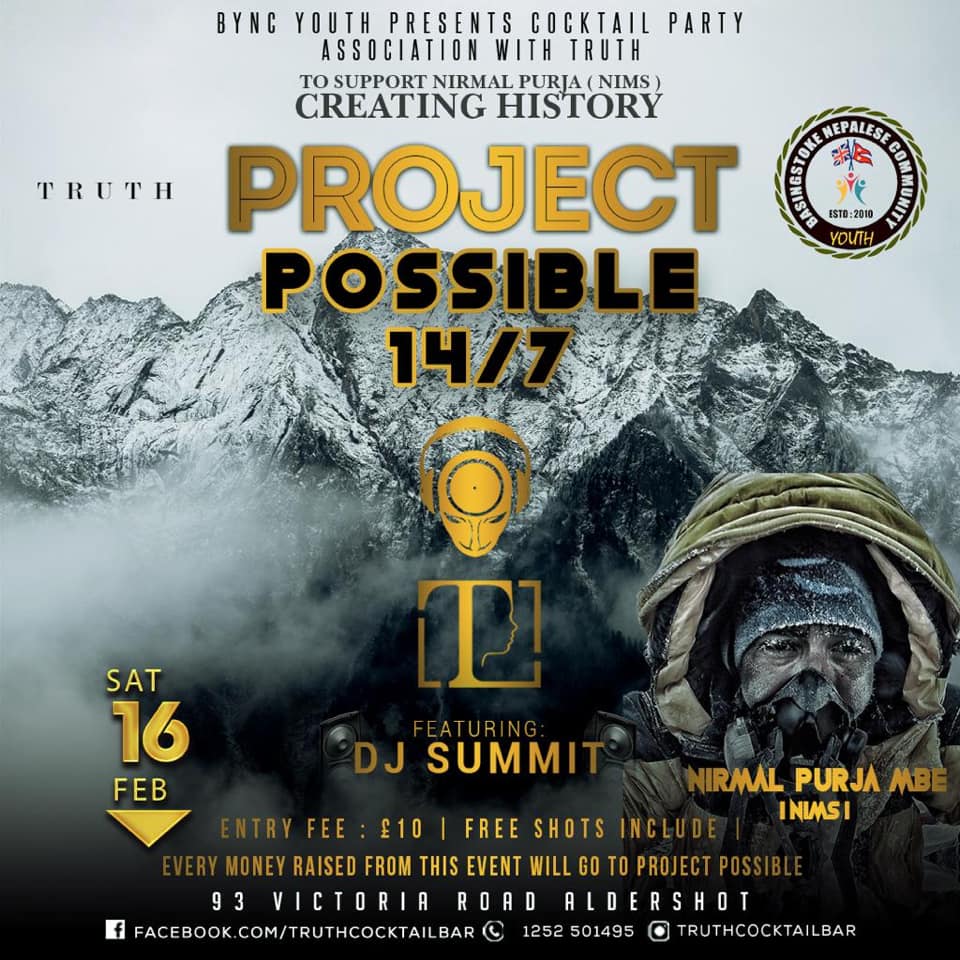 Lex Limbuhttps://lexlimbu.com
Lex Limbu is a non-resident Nepali blogger based in the UK. YouTube videos is where he started initially followed by blogging. Join him on Facebook and follow him on Twitter.
Previous articleTrishna Gurung Laure and Sabin Rai And The Pharoah At Nepali Music Festival UK!
Next articleThe Move To Samsung Galaxy Note 9!

With over 1.4 million subscribers, Mero Online TV is among the biggest YouTube channel in Nepal. Get to know the man behind the channel.
Read more