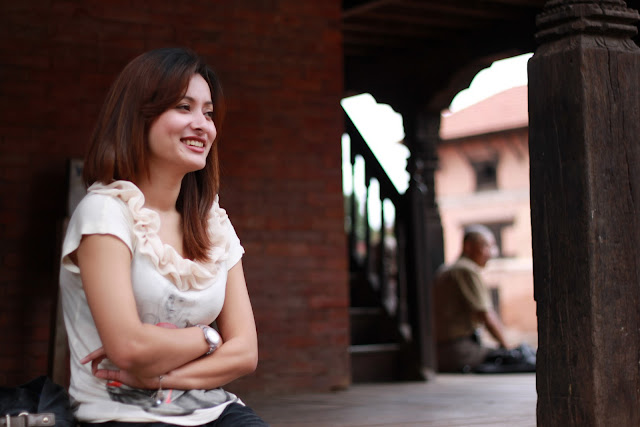 The first video from ‘Lex in Nepal’ will be Ek Chin with Namrata Shrestha – this will also be the first ever video version of the popular interview seg ‘Ek Chin with…’. The video will be on YouTube on Sunday 20th November at 8PM (UK Time).
Namrata Shrestha came to rise after appearing in more than a dozen music videos and has also lent her voice to popular FM stations of Nepal. Sano Sansar marked her debut as an actress back in 2008 and since then Namrata has acted in several movies such as Mero Euta Saathi Cha, Miss U and the upcoming Purple Days. Her attitude and strong personality that helped her get through the difficult times in her life is also another reason for winning the hearts of many all over the world. Possibly for the first time watch Namrata get candid and be very comfortable in Ek Chin with Namrata Shrestha.

For more on Lex in Nepal – Here
Few stills from the interview.