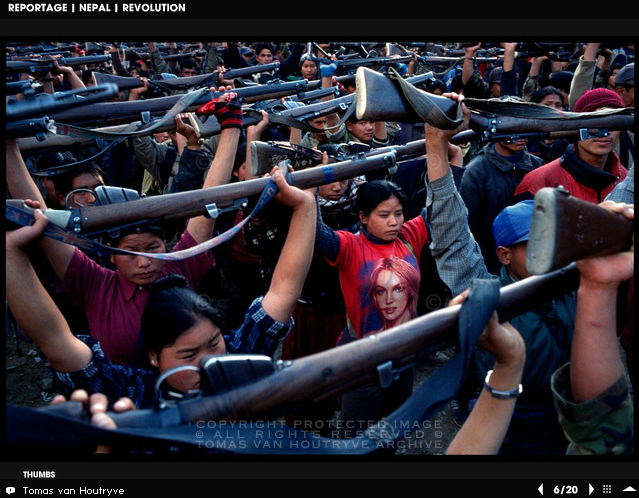 Ever wondered what’s happening to the thousands of fighters that made up the Maoist People’s Liberation Army?

The 19,000 have had to endure not only a struggle which saw many of their friends and family die but also have had to wait till now to find out what is actually going to happen to them. The former rebels had been given three options to regroup to:

1. To integrate with Nepal Army (their former enemies ‘uh oh’)

2. To choose voluntary retirement (future in the villages… or Kathmandu)

3. To accept a rehabilitation package!

Thing’s have been taking place quiet quickly now. Yes it took a long time, various army generals shuffling, PM’s changing but the voluntary retirement (approx 7365) of the maoist combatants has drawn to a close on Friday with the completion of the process in six cantonments. Now onto the next challenge! Our ever changing political parties will now have to focus on the integration of former maoist fighters opting to join the Nepal Army!

What’s your view on this development? Are thing’s looking up for the much delayed ‘peace process’?

PS. Don’t you totally dig the pictured freedom fighter with a Britney Spears t-shirt on? She beat me to it. I want one!