Laxmi Gurung, a Nepali student based in London had been collecting donations for Dil Shova Shrestha’s AAMA GHAR since July 2012. Through her GoFundMe page online and donations received offline, Gurung was able to collect £913. After deducting the charges by Paypal and GoFundMe, Laxmi was left with £832.71, the amount was exchanged to Nepali rupees 1 Lakh 17 Thousand. Gurung sent an e-mail to donors updating that the amount had been handed over to Dil Shova Shrestha by her parents on the 21st of June, 2013. 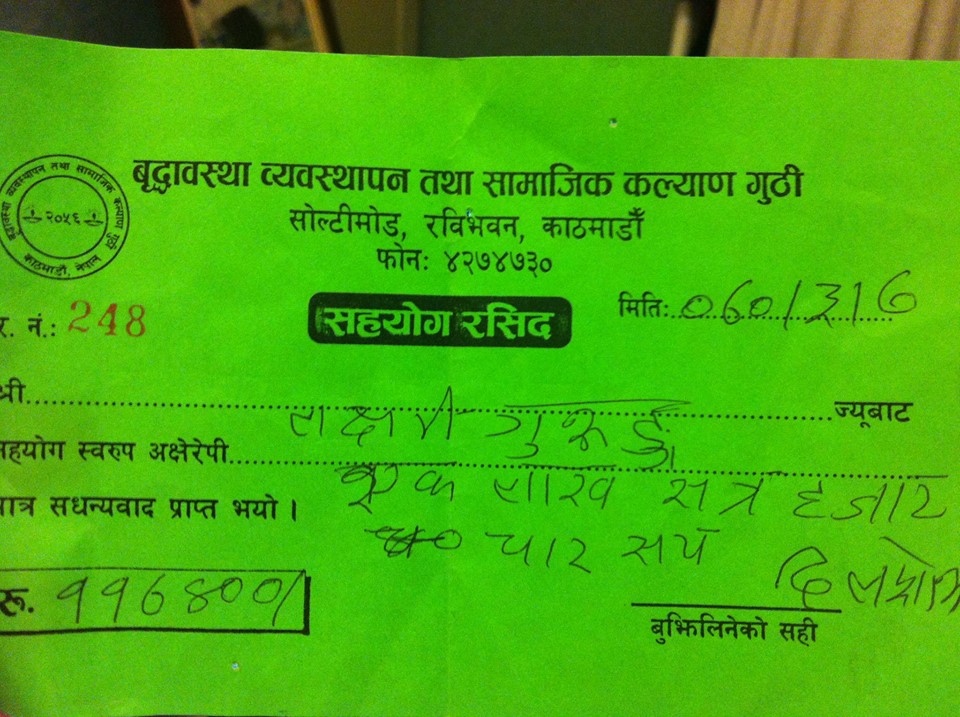 Laxmi also shared photos of the receipt and her parents with Dil Shova.

As I always say, better late than never! And thank you to Laxmi for sharing the final details, collecting the donations and also to all those people including readers of lexlimbu.com for donating to the GoFundMe page setup by Laxmi.

Lex Limbuhttps://lexlimbu.com
Lex Limbu is a non-resident Nepali blogger based in the UK. YouTube videos is where he started initially followed by blogging. Join him on Facebook and follow him on Twitter.
Previous articleIntroducing Gianni Subba
Next articleReading Unity Wins At First Councillor Cup!