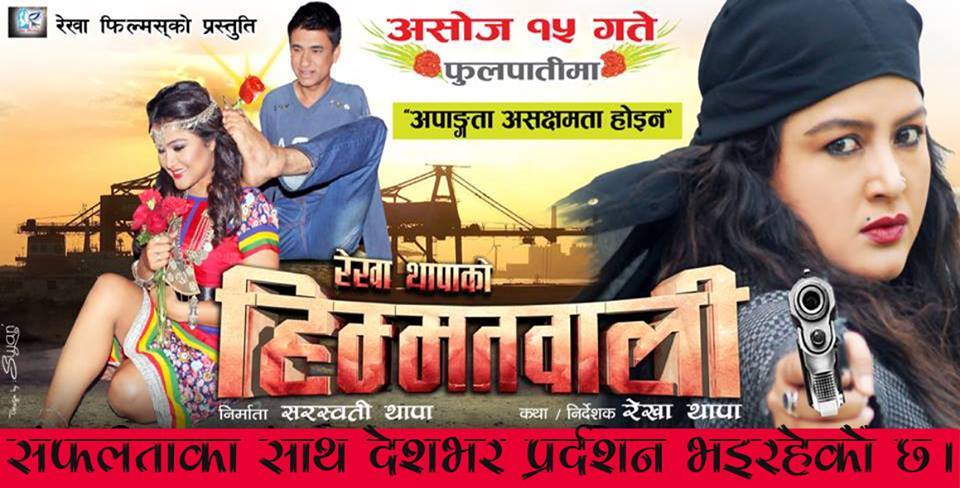 Rekha Thapa’s HIMMATWALI can be declared a SUPER HIT! The film which released on Fulpati (Wednesday) has already done a business of Nrs 1 Crore 20 Lakhs across Nepal. Whilst Bang Bang and Haider might be ruling the cinemas in the fancy malls of Kathmandu, it is HIMMATWALI which is running packed in the single-screen cinemas and multiplex such as Gopi Krishna Movies. What can I say, the power of Rekha Thapa aye! The film has been produced by the actress herself and stars her alongside Sudarshan Gautam. Gautam’s foray into Nepali cinema has been appreciated by the audience and the subject of ‘disability’ and the message it spreads ‘disability is not an inability’ has been applauded. 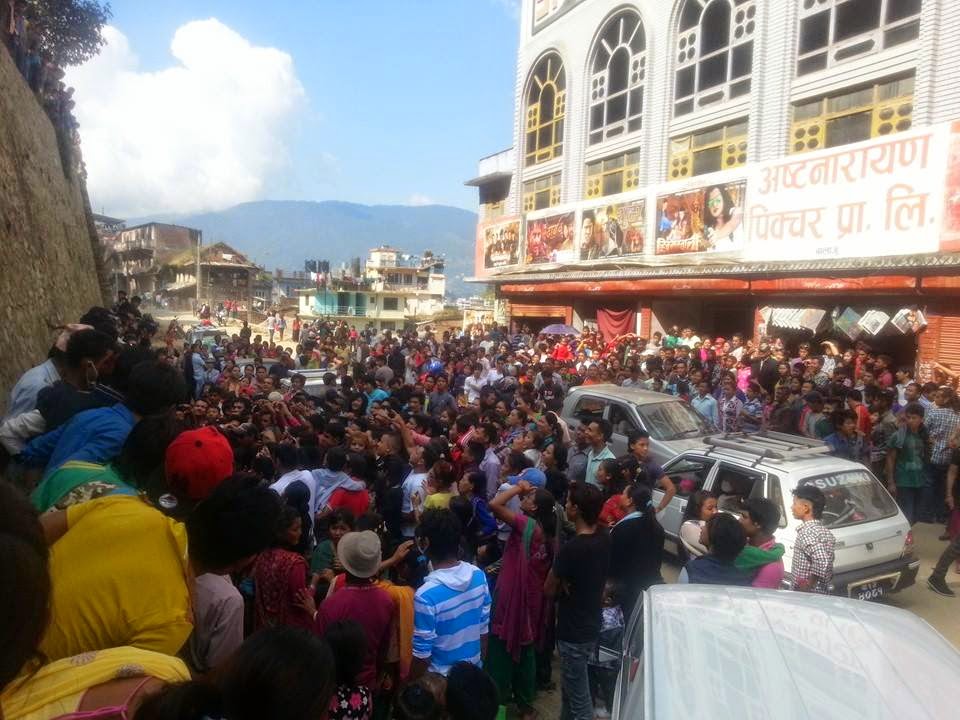 The actress herself has been visiting different cinemas and watching the film with the audience. Apart from the rising success of HIMMATWALI, the actress has also taken time out to enjoy Dashain the traditional way! Thapa took to Facebook to share Dashain snaps with her 935,000+ fans on Facebook!