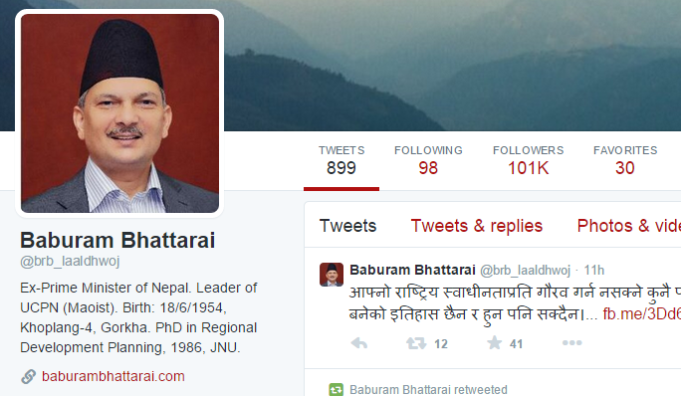 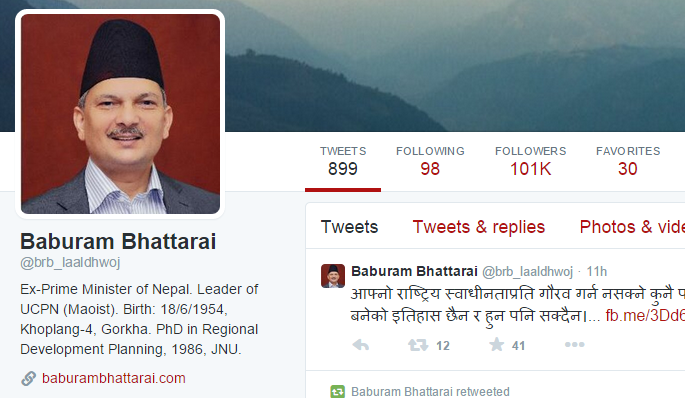 Say Hello to the new Nepali Twitter celebrity! Former Prime Minister Baburam Bhattarai has over 101,000 followers on the social media site. He’s the most followed account in Nepal. BRB is seen interacting with different followers online and also makes it a point to tweet during festivals and momentous occasions such as the Nepali cricket teams win. It is estimated that Twitter is used by 3 million people in Nepal.