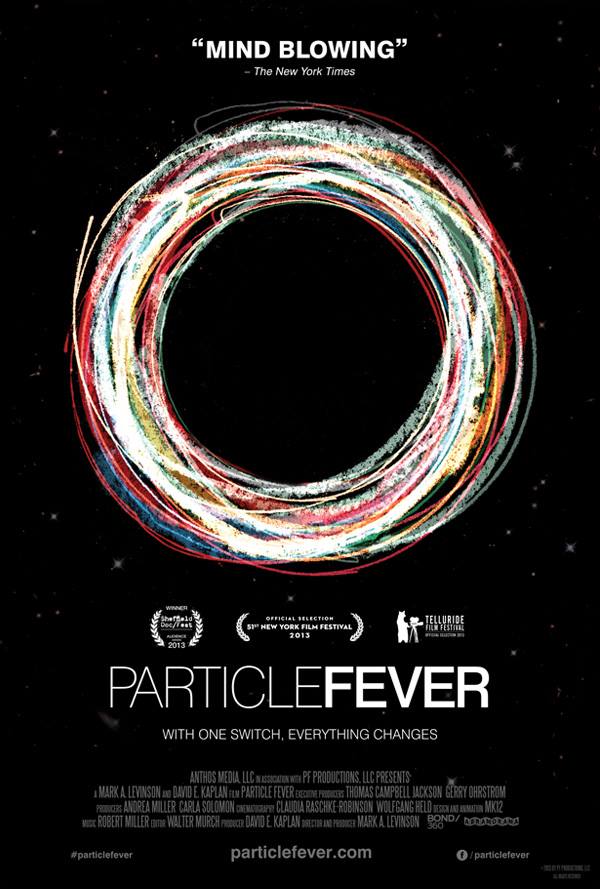 A free screening of PARTICLE FEVER will be taking place at the EMBASSY Restaurant in Kathmandu on 20th of December from 2PM onwards. The film which has won rave reviews also made it on the list of Best Movies of 2014 by Time Out New York. The Kathmandu screening of the film will also include a Q&A session with visiting physicists from the Large Hadron Collider. Make sure you book your seat in advance and arrive with a photo ID!

IN SHORT: Particle Fever follows the inside story of six brilliant scientists seeking to unravel the mysteries of the universe, documenting the successes and setbacks in the planet’s most significant and inspiring scientific breakthrough.

IN LONG: Imagine being able to watch as Edison turned on the first light bulb, or as Franklin received his first jolt of electricity.

For the first time, a film gives audiences a front row seat to our generation’s most significant and inspiring scientific breakthrough as it happens. Particle Fever follows six brilliant scientists during the launch of the Large Hadron Collider, marking the start-up of the biggest and most expensive experiment in the history of the planet, pushing the edge of human innovation.

As they seek to unravel the mysteries of the universe, 10,000 scientists from over 100 countries joined forces in pursuit of a single goal: to recreate conditions that existed just moments after the Big Bang and find the Higgs boson, potentially explaining the origin of all matter. But our heroes confront an even bigger challenge: have we reached our limit to understand why we exist?

Directed by Mark Levinson, a physicist turned filmmaker, and masterfully edited by Walter Murch (Apocalypse Now, The English Patient), Particle Fever is a celebration of discovery, revealing the very human stories behind this epic machine.

Lex Limbuhttps://lexlimbu.com
Lex Limbu is a non-resident Nepali blogger based in the UK. YouTube videos is where he started initially followed by blogging. Join him on Facebook and follow him on Twitter.
Previous articlePhotographer Rohan Shrestha
Next articlePeople Pronouncing Food Names – VIDEO