Dil… Se actress MANISHA KOIRALA is in London to attend a charity gala for Nepal being organised by London Indian Film Festival. As part of the charity evening, Manisha will attend the screening of her film BOMBAY this evening at Grange St. Paul’s Hotel in the city. A single screening ticket for the event is priced at £15, starting from 1900 Hours. 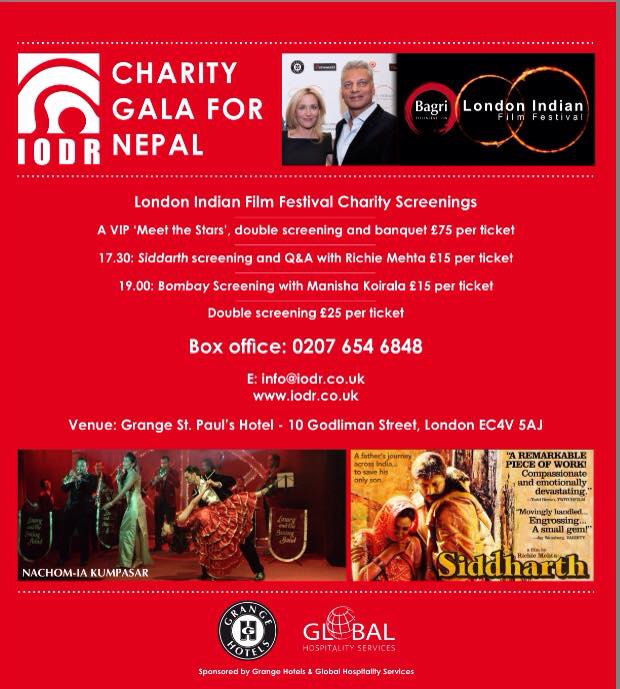