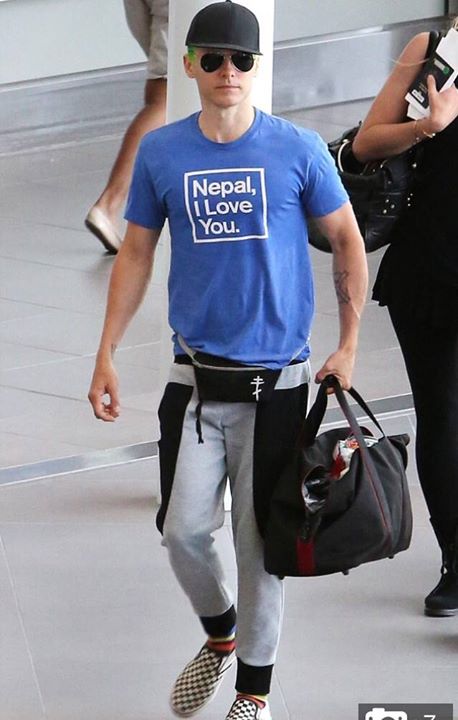 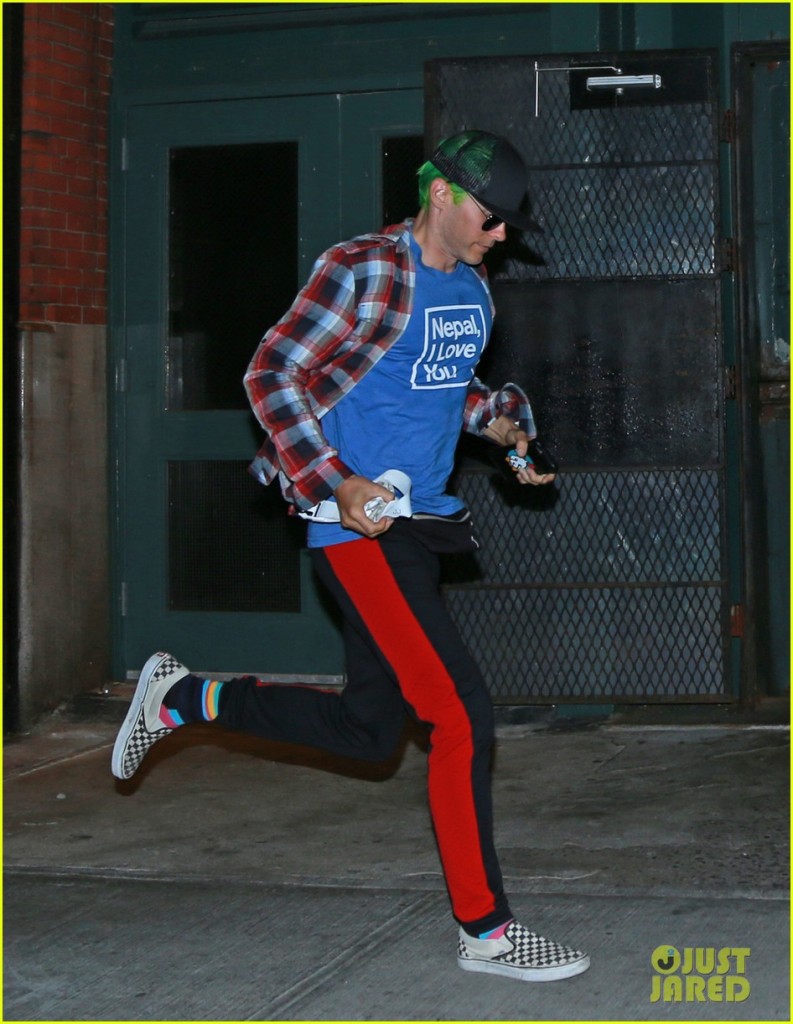 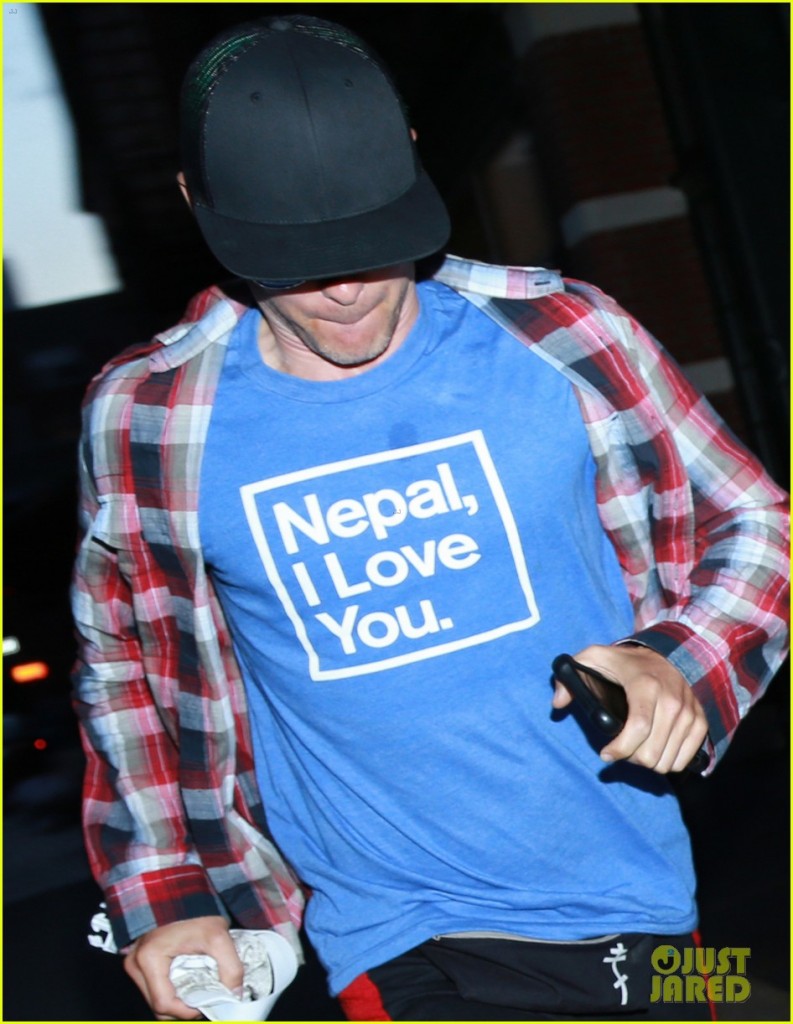 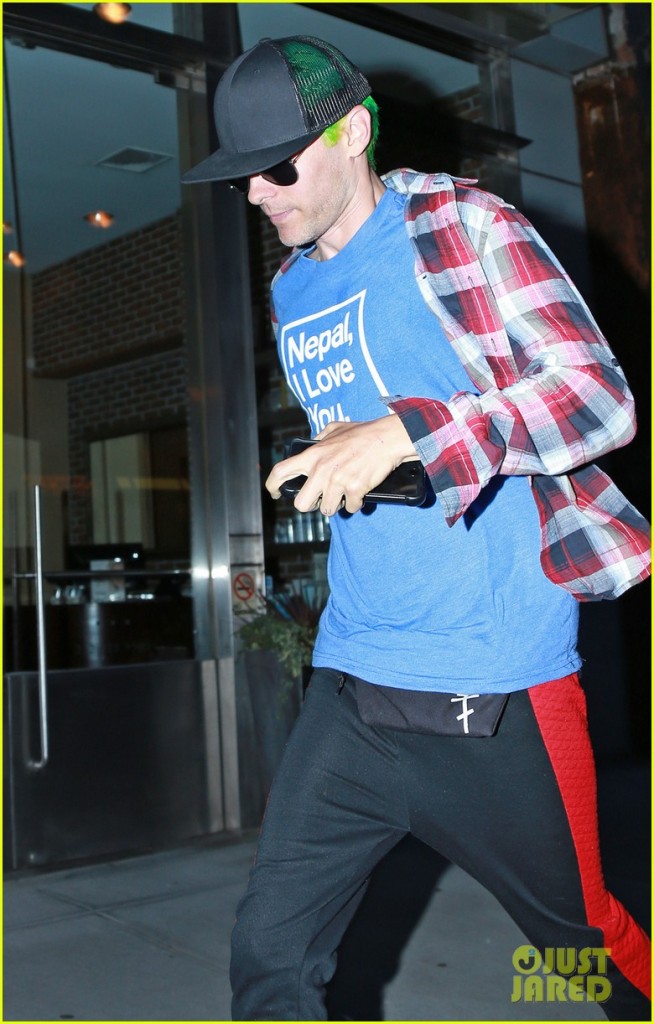 Well atleast the t-shirt he has been seen rocking seems to confirm that. The charming Hollywood actor and singer was spotted wearing a blue t-shirt reading “Nepal, I Love You” in early July in New York. The actor tried his best to go incognito with a cap and shades but his green hair gave it all away. Jared Leto will be playing The Joker in the upcoming film SUICIDE SQUAD.

I miss Jared Leto with his lovely long locks. He was amazing in Dallas Buyers Club! Excited for SUICIDE SQUAD – so far away though. Thank you, lexlimbu.com reader for sharing this piece of fun info!

PS. The t-shirts are only $10 USD and can be purchased on Amazon!