Sydney based aspiring Nepalese model Sangit Shrestha makes the cut for the THITO ALERT feature! The Chitwan born lad first got his taste of the modelling and pageant scene with Mr Nepal in 2012 after his mum pushed him to compete for the title. He didn’t do too bad either, Shrestha brought home the Mr Nepal 2012 First Runner Up title.

Sangit was one of the few Nepali models at the FASHIONMANDU 2016 Runway Show that took place in Sydney last week. Proving that he’s more than just a model, Shrestha showcased his charming personality as he hosted the Meet & Greet event of FashionMandu on Saturday 21st November in Burwood. Sangit also won the FashionMandu 2016 Ambassador Title! Find out more about Sangit and his upcoming journey to Mister Tourism World Nepal here! 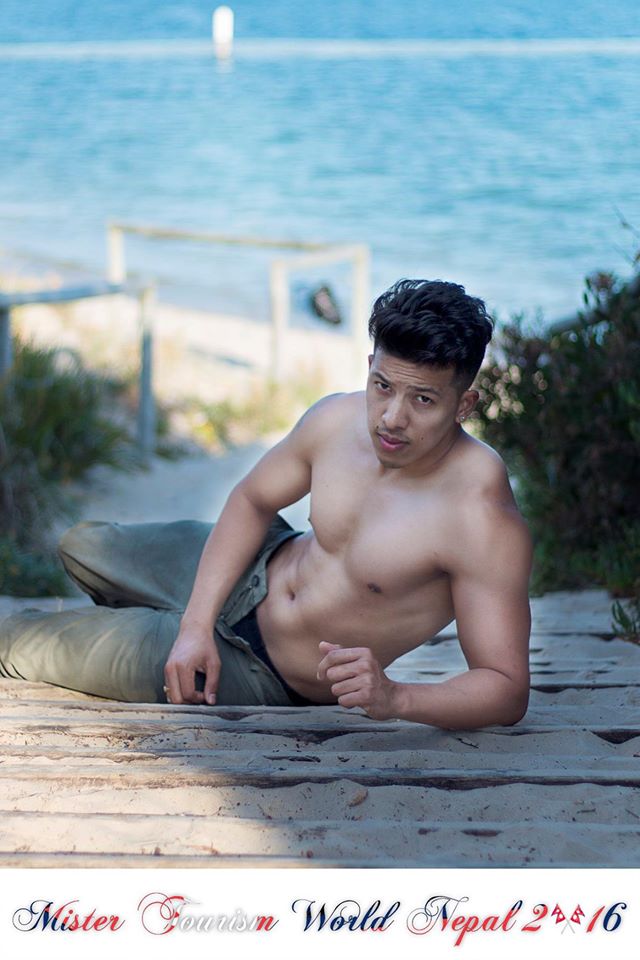 SANGIT: It was a completely different experience for me working with international designers, world class choreographer Sarah Jehan and stunning models. More than that it really helped me to understand more about fashion and glamour. Being entitled with Ambassador for FashionMandu 2016 has really boosted my confidence and made my vision for my upcoming goals stronger.

LEX: You’re about to compete in Mister Tourism World 2016, could you please share a little about that?

SANGIT: I am competing for Mister Tourism World 2016 happening at Vigan city, Philippines where I will be representing Nepal. The event officially starts from 3rd Dec and the finale is on 10th Dec. I am very much excited and working hard for it. The voting line has opened.

LEX: Since last weeks event was all about fashion, what are you most comfortable wearing?

SANGIT: Well, it would be a tank top with jogger shorts and running shoes… I feel comfortable in them. Gives me full flexibility.

LEX: What was the last song you listened to?

SANGIT: Just listened to Timi Nai by Rodit Bhandari and Chronic Beat this morning. Its on my playlist so I was listening to it whilst driving.

LEX: Okay, so a little about your day. What was the first thing you did this morning?

SANGIT: I drank my protein shake and prepared my breakfast. Right now, I’m very much into body building strictly so I’ve been following a proper meal plan.

LEX: If you had to pick between a romantic dinner or a drink at a bar which one would it be and with who?

SANGIT: I am a big Fan of Namrata Shrestha and her acting skills from my high school days. I would say it would be really nice to have a dinner chat with her. 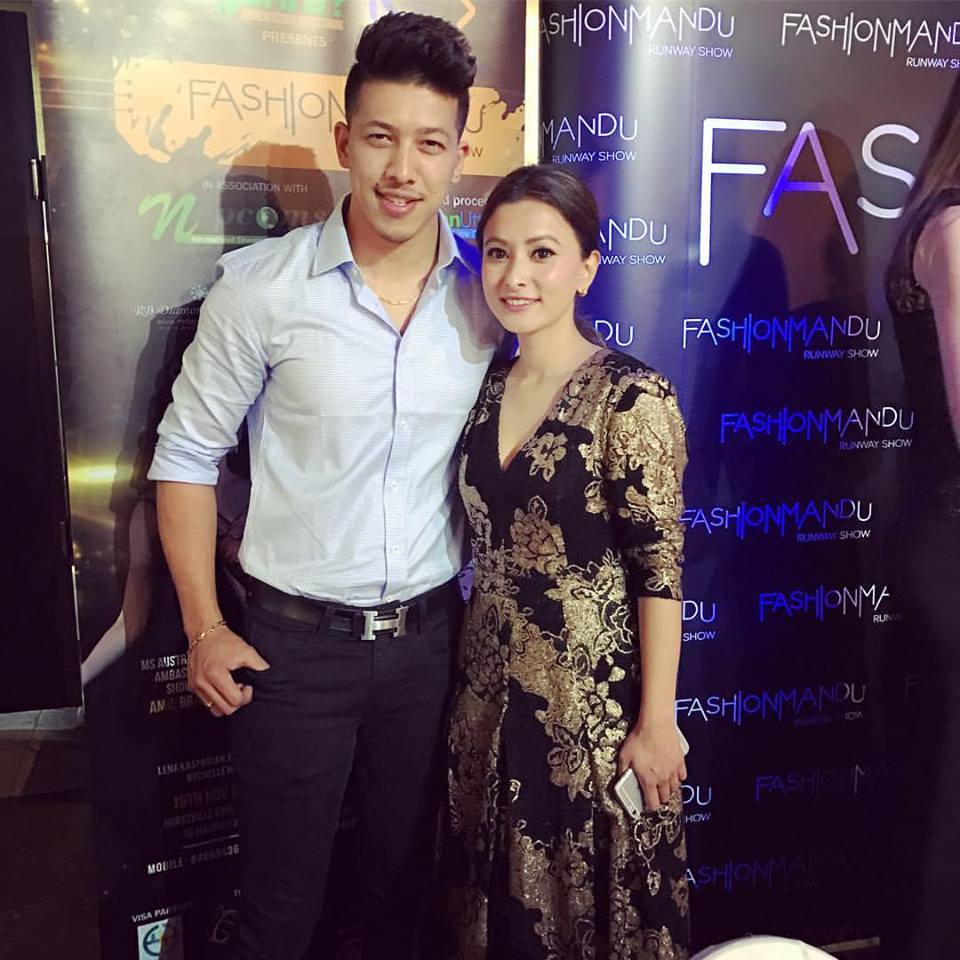 LEX: Tell us about a fun shoot that you remember?

SANGIT: I acted in a TV series called Hospital back in Nepal directed by Sakar Pant. That was my first acting experience as a lead. It was based on a “Don’t drink and drive” campaign. We were taking shots of water pretending that it was alcohol and we had to act as if we were drunk. It was really fun.

LEX: Have you had any embarrassing moments during photoshoots or on the runway?

SANGIT: Luckily not any till date! Finger crossed…

LEX: When not modelling, what do you busy yourself with?

SANGIT: I am also passionate about sound mixing so whenever I am free I play around with my DJ console.

LEX: Lastly, can you tell us few models that you follow?

SANGIT: I am influenced by international models like Sean O’Pry, Simeon Panda, Ulisses Jr. I do follow Anup Bikram Shahi, Ayusman Deshraj Joshi to name few Nepali Models. They are really good at what they do and a good example of Nepalese male model. 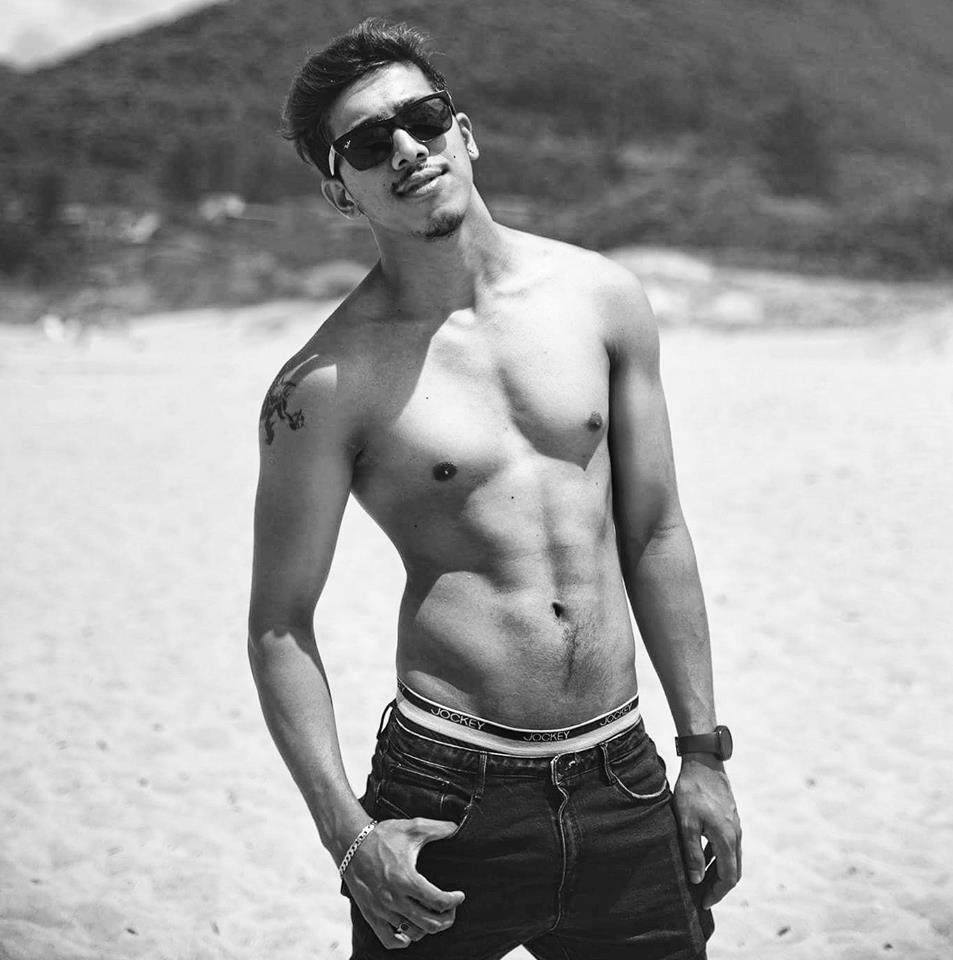 Lex Limbuhttps://lexlimbu.com
Lex Limbu is a non-resident Nepali blogger based in the UK. YouTube videos is where he started initially followed by blogging. Join him on Facebook and follow him on Twitter.
Previous articleWatch Boudhanath Stupa’s Renovation In This Video!
Next articlePromising Start For iPhone 7 Sales In Kathmandu!