The crime drama LAPPAN CHAPPAN will be screened in ten different cities and towns across the UK this weekend. The Saugat Malla and Dayahang Rai starrer was screened in selected Showcase Cinemas on 23rd April weekend followed by a number of VUE Cinemas across the country this past May Day bank holiday weekend. Distributed by 32 Box Ltd, exclusive partner for UK in Highlights Nepal and supported by International Nepalese Film Academy UK, LAPPAN CHAPPAN is officially the third film screening by the company after GAJALU and PURANO DUNGA.

A big screening will be held at the Princes Hall in Aldershot on 7th of May as well as Ashford, Liverpool, Edinburgh, Gloucester, Newport Friars, Colchester, Coventry Skydome, Maidstone and Nuneaton.

The film will be screened in Cineworld Cinemas and ODEON Cinemas over the weekend. Tickets can be purchased online on the official website of the cinemas. 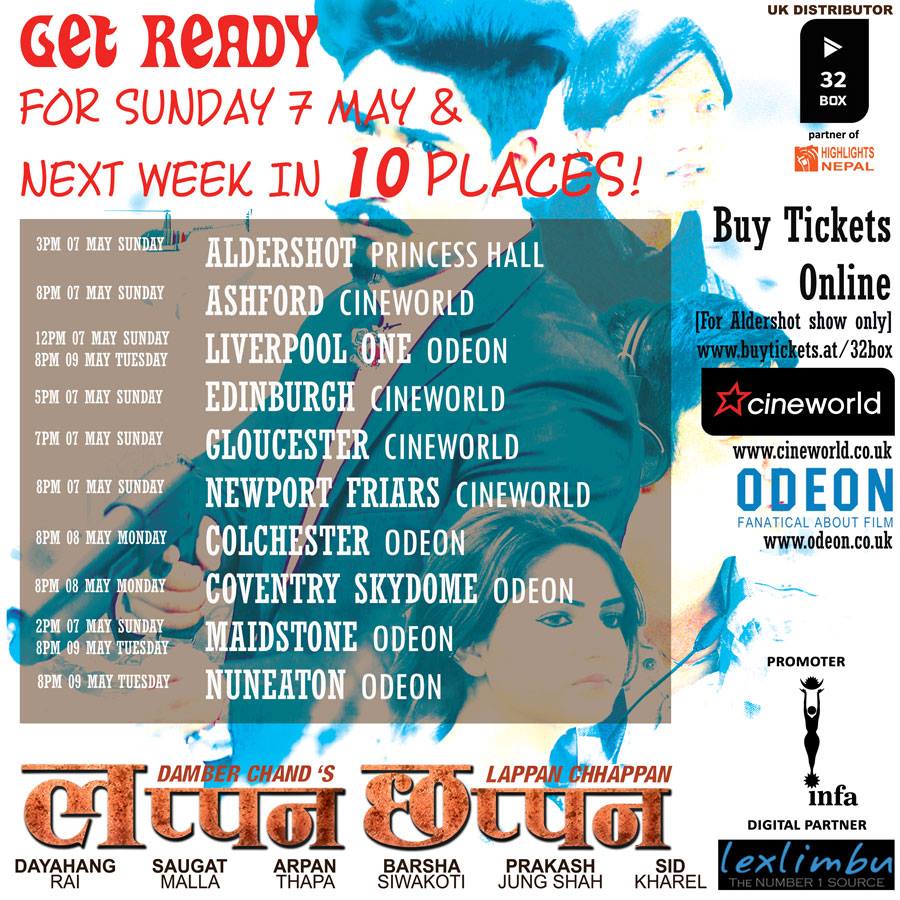 Lex Limbuhttps://lexlimbu.com
Lex Limbu is a non-resident Nepali blogger based in the UK. YouTube videos is where he started initially followed by blogging. Join him on Facebook and follow him on Twitter.
Previous articleKFC Opens In Pokhara!
Next articleBUDDHA JAYANTI Event At Trafalgar Square On Sunday May 7!