Actress Namrata Shrestha is back on the big screen this weekend with her latest suspense thriller flick PARVA! The premiere of the Dinesh Raut film took place at Big Movies on Wednesday evening where the who’s who of Nepali cinema was in attendance. From actors, technicians, writers to journalists, it was definitely a busy premiere for PARVA. Namrata sported a sleek look with her hair tied in a bun as she wore a silver dress. The hair and make-up for the leading lady was done by Sakil Kunwar. Her co-star and the Kale Dai girl Mala Limbu opted for a black and white dress by Manish Rai. Also in PARVA, actress Jebicca Karki was seen in a long Royal blue dress. Getting the fashion totally right was the actor Koshish Chettri who looked suave in black. 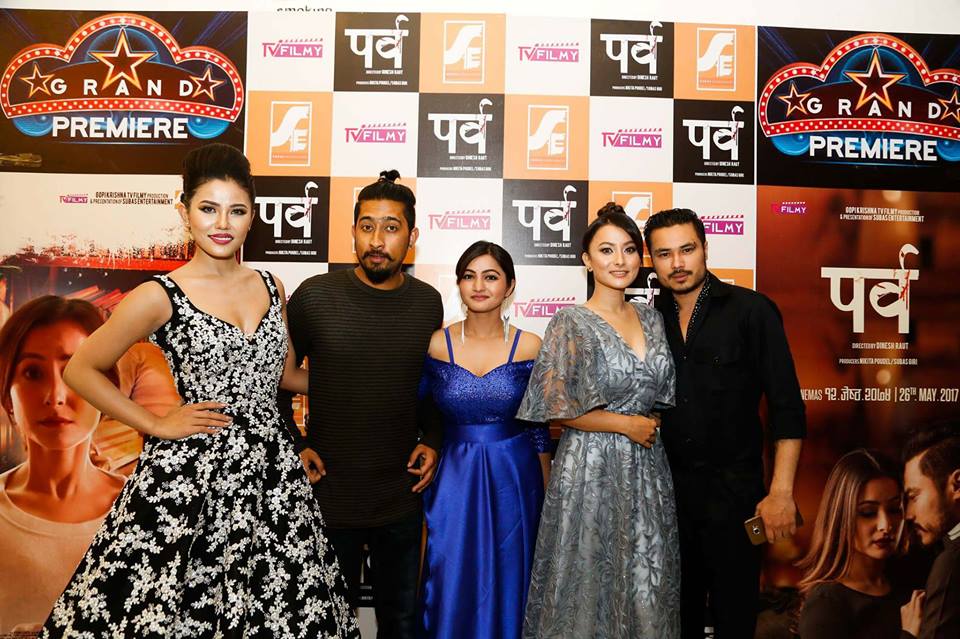 Lex Limbuhttps://lexlimbu.com
Lex Limbu is a non-resident Nepali blogger based in the UK. YouTube videos is where he started initially followed by blogging. Join him on Facebook and follow him on Twitter.
Previous articleTyler Courville’s Dream Trip To Nepal With Mira Rai
Next articleRomeo and Muna Enters Second Schedule Of Filming!