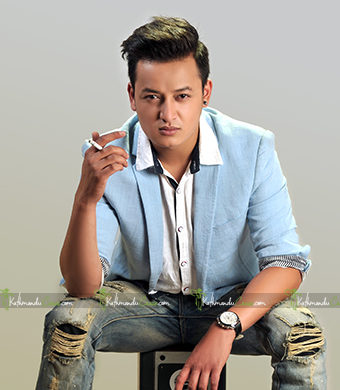 Actor SALON BASNET who had audiences laughing from the beginning till the very end in the film GAJALU has confirmed that he will be attending the National Box Office Film Fare Award in Aldershot on the 1st of July! The first ever Nepali film award in the UK is expected to draw a number of actors from Nepali cinema. The confirmation by Salon is a start and we hope to be hearing news of more confirmation and announcement of the nominations very soon.

Actor Basnet grew up around Nepali cinema and has acted as a child actor in many films including Nepali Babu. Son of director Shovit Basnet, Salon is currently tied up with the filming for BABU KANCHA. The actor rocked a baby blue blazer with ripped worker style jeans during the photo-shoot with KathmanduCraze (view full album here).

Well well well! This is a good start! Looking forward to seeing Salon Basnet at the award ceremony!