With The Third Eye team preparing for the National Box Office Film Fare Award 2017 for the 1st of July, nominations and celebrity guests are slowly being revealed! The GAJALU actor SALON BASNET will be attending the very first Nepali film award in the UK. As we wait for more confirmation of the actors, we have the all important nominations to look forward to this month.

The films Chakka Panja, Bir Bikram, Darpan Chhaya 2 and LOOT 2 are up in the nomination for Best Film Distributor. These films are surely set to bag more nominations. The Third Eye team will be revealing the entire list of nominations by mid-June. The company previously organised a A Picnic In London featuring a group of Nepali musicians including Ani Choying Dolma and Nima Rumba. 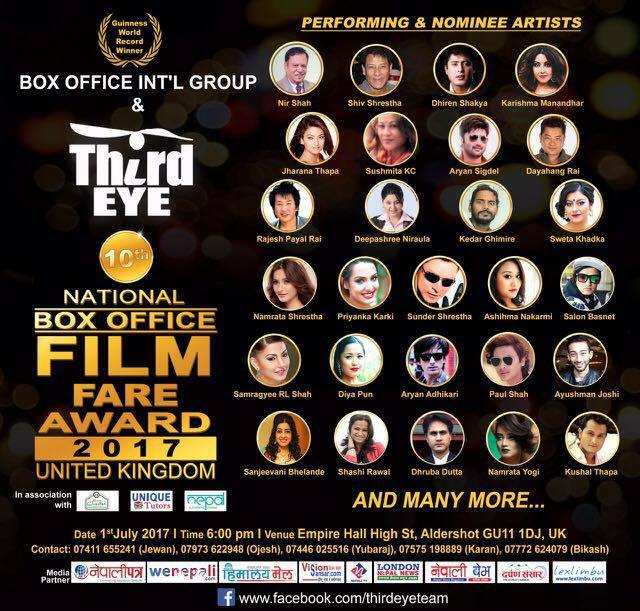 Lex Limbuhttps://lexlimbu.com
Lex Limbu is a non-resident Nepali blogger based in the UK. YouTube videos is where he started initially followed by blogging. Join him on Facebook and follow him on Twitter.
Previous articleBiomedical Scientist Sapana Shrestha Prepares For Debut Film BLACK SUMMER
Next articleActor Salon Basnet To Attend Nepali Film Award In UK!