The journey of Nepali cinema in the UK has been a slow yet experimental one. From films being screened at community centres independently to the new trend of screening in UK cinemas, Nepali films are slowly capturing the interest and attention of more from the diaspora community. Unsurprisingly, the creative, experienced and enthusiastic have come together repeatedly to organise mini-film festivals and create various film projects. UK based Nepali director LB Subba’s upcoming film BLACK SUMMER sees the union of the creative, young and experienced from Nepal and the UK. With the grand premiere of the film only a few weeks away, lexlimbu.com has been getting to know the team behind BLACK SUMMER.

Playing the character of ANU in the thriller love story will be twenty-four year old Sapana Shrestha from Reading. Like many who play an active role in the Nepali community in the UK, Sapana is a Biomedical Scientist working in a pharmaceutical company when she’s away from the character of ANU or representing different organisations during one of the many Nepalese events taking place in the UK. Shrestha’s interest in entertainment and arts stems from a young age. It was in 2014, she participated in Miss UK Nepal, an experience she feels privileged to be part of. The very beauty pageant was also the first time when Sapana met director LB Subba. With a music video, Jhuto Maya by Chewang Lama under her belt and few experiences, Sapana gave the green light and she soon found herself with the BLACK SUMMER team, filming in different parts of the UK. 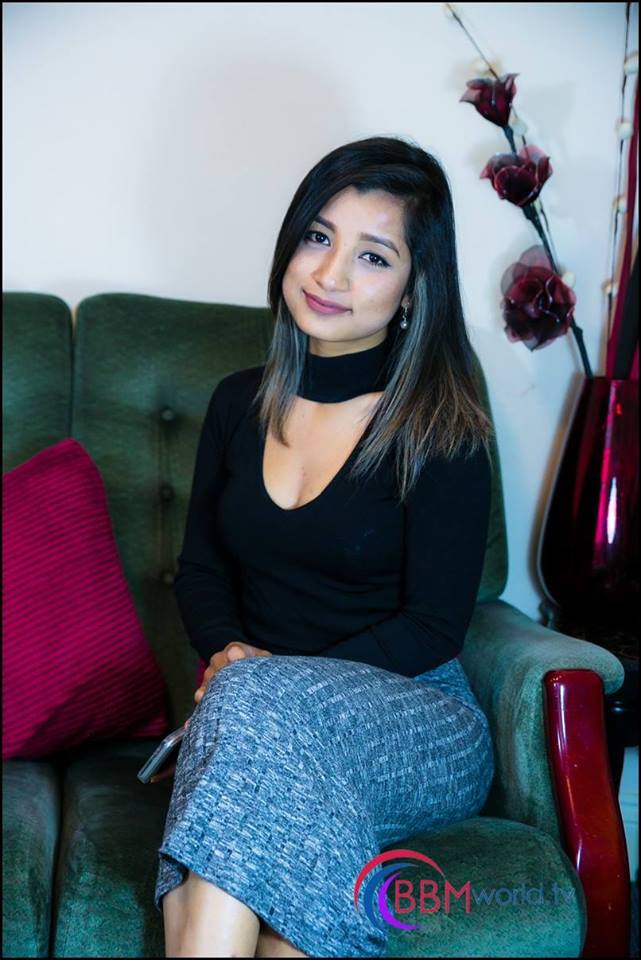 Using the words “fascinating” and “thought-provoking” is how the young biomedical scientist described her BLACK SUMMER experience. Shrestha emphasised on team work and the quality of being adaptable when filming in often unpredictable conditions in the British outdoors. The weather was not alone in posing a challenge as it took getting used to for Sapana to be comfortable with the camera. “I developed the skills and confidence needed to overcome this problem. There will be challenges whatever you do in this industry but you just have to find a way to resolve it”, she says.

It was the reassurance of her family that gave her the confidence to take on BLACK SUMMER and her family will once again be there on June 24 for the grand premiere of BLACK SUMMER in Reading. When asked what she learned the most from the film, she replies “I realised my passion for acting”. With this she mentions that if good opportunities come her way, she’s willing to take time off her life as a biomedical scientist and deliver dialogues as required.

Lex Limbuhttps://lexlimbu.com
Lex Limbu is a non-resident Nepali blogger based in the UK. YouTube videos is where he started initially followed by blogging. Join him on Facebook and follow him on Twitter.
Previous articleBLACK SUMMER – UK Nepali Film Trailer
Next articleNational Box Office Film Fare Award 2017 In Aldershot NEXT MONTH!