The Inter-Uni Nepalese Dance Competition (UK) returned in full swing at The Empire, Aldershot on Friday 9th of June. This years event was organised by the winners of 2016, University of West England Nepalese Society (UWENS). Whilst I attended as a judge in the year 2016, this year I was in attendance simply as a spectator, wishing to be entertained and enthralled by the performances of the participating seven university Nepalese societies. 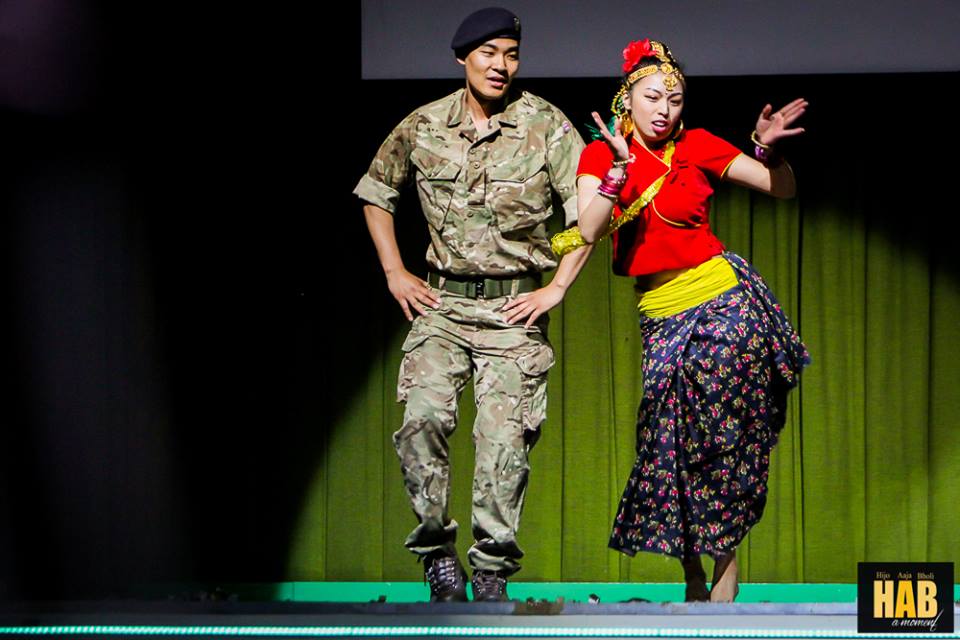 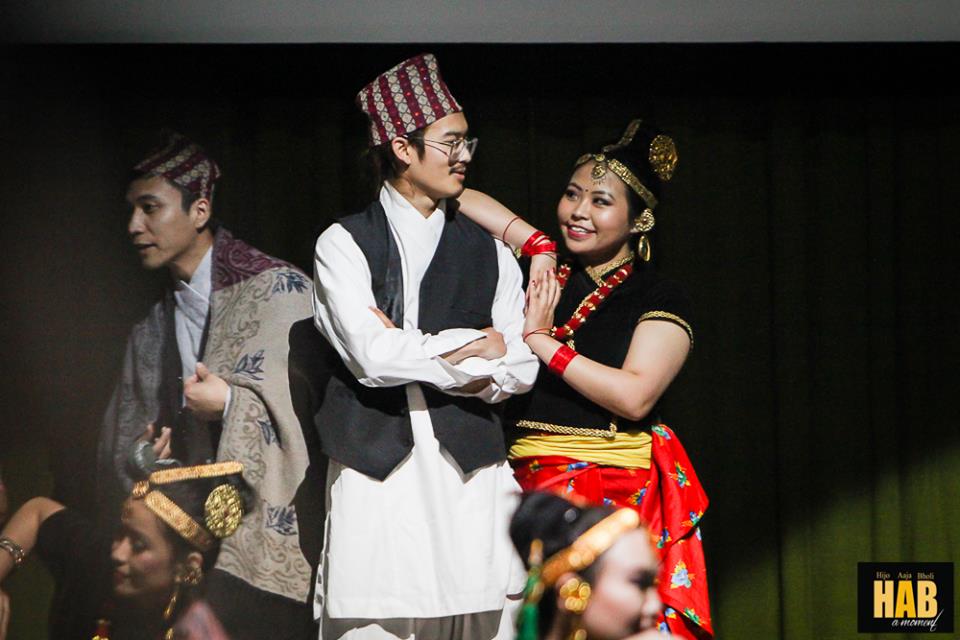 Counting the event on Friday, this was the second time that UWENS came together to host and organise the competition. Though away from their base in Bristol, the team pulled through with wonderful hosting, coordinating the societies and timely wrap-up of the event. A special mention has to be made of their opening and closing performance, performed by the members of UWENS. As the winners of last year, they definitely gave audience a glimpse of how they won in 2016 even minus a few members from last year.

Events such as Inter-Uni Nepalese Dance Competition on the surface may be seen as another event where the young come together to just dance in Nepali songs but I have to stop you there if that is how you view this event. The Nepalese diaspora in the UK has a majority demographic of young people and unsurprisingly, a lot of these young people are growing up here in the UK. Their primary to secondary school years, life experiences to the music, films and cultural references they are being exposed to are generated from what they see in the UK. It’s incredibly inspiring for me, as someone who came to England at the age of eight to see young Nepalese students dancing in Nepali songs. This is not just dancing, this usually means that they’re going over these songs, picking up the lyrics, new words, new style and form of dancing. Whilst entertainment for viewers, the very performance is acting as a tool of education and a bridge to Nepali arts and entertainment that many of the young people here are growing distant to.

I have to make a special mention of University of Middlesex Nepalese Society. Their performance which beautifully represented three distinct groups of people from Nepal, the Sherpas, the Tharus and the Newars, must have required careful studying of their dance moves to their traditional attires which the students wore so beautifully. From the gentle pace of the Sherpa dance to the vibrant rhythms of the Tharu dance, their performance felt like a festival. Colourful, vibrant and a glimpse to what Nepal represents in terms of culture and people.

Likewise, the winning performance by Kingston University Nepalese Society (KUNS) went further in bringing an essence of what it means to be a young Nepali person in the UK. It brought stories of the home to the stage. In a brief performance, it represented the older men and women who make up many of our parents to us young folks (well even though I am 25, I still consider myself young), it was done in a clever manner. It came as no surprise that they clinched the title.

Events such as the dance competition or the drama competition Kent Enlightens Nepal, hosted by Kent Nepalese Society is wonderful examples of the young Nepalese students coming together to not only enjoy and compete in a friendly manner but also preserve arts, music and stories. As always only a few societies win but those that went home without a trophy, do not be disheartened, your performance will still be remembered and your participation, greatly appreciated not only by the organisers but every member of the audience.

I look forward to the event next year.

Congratulations, to all those who participated in this years event.

[Videos of the performances will be added soon]

Lex Limbuhttps://lexlimbu.com
Lex Limbu is a non-resident Nepali blogger based in the UK. YouTube videos is where he started initially followed by blogging. Join him on Facebook and follow him on Twitter.
Previous articleKarishma Manandhar Keki Adhikari Barsha Siwakoti And Pradeep Khadka To Attend Nepali Film Award In UK!
Next articleHappy Birthday Namrata Shrestha!

There's a new address for funny people on YouTube! Comedy Circle is the latest YouTube show that brings together emerging comedians or that funny...
Read more