The young Nepalese population who have now made the UK their home have received many opportunities as well as faced certain challenges. In the area of Nepali arts and entertainment, those wishing to pursue a career or contribute towards Nepali arts continue to do so through sole determination and a growing number of like-minded individuals who believe in creating stories around and on Nepalese people. Nepali music, films or arts that are being created in the UK for the Nepalese diaspora lack effective promotion, marketing and distribution. Yet even with such hurdles, creators have continued to produce stories and music.

Twenty-one year old Jyasang Limbu who hails from Jhapa in Nepal has been living in the UK for the past ten years. The aspiring actor made his debut with the film KABELI, a story set in the Limbu villages of Taplejung and with the upcoming BLACK SUMMER, he’s hopeful that his previous experience on-screen and the recent learning will have helped him in making this a worthwhile film for the audience. Jyasang makes one of the many young members of the BLACK SUMMER crew who dedicated their time in the production of this Nepali film in the UK. With the premiere of BLACK SUMMER only ten days away on June 24 in Reading, I managed to get into the mind of the young actor to talk about his upcoming film.

LEX: You’re only 21 but you’ve already acted in two films. That’s pretty incredible! Can you tell me a bit about your debut film?

JYASANG: My first film experience was in Nepal where I played a character in Kabeli of a young adult from the UK who visits his home village in Nepal. It was an amazing experience for me because my crew members were fun and caring. I didn’t just play a role, I made friends and enjoyed every single moment of it. The only tough part about it was walking for hours to get to the locations as the movie was filmed in remote places away from transport links.

LEX: That definitely sounds like a wonderful travel as well as a filming journey! From KABELI in Nepal to BLACK SUMMER in UK, how did this come about?

JYASANG: Our director of Black Summer, Mr LB Subba was in the audience during the premiere of Kabeli in Oxford and I was told that he really enjoyed my performance in the film. Afterwards, he reached out to my mother about this role in BLACK SUMMER.

LEX: I’ve been asking this question to everyone from Ambika, Sapana to Ritesh, how was the filming experience for BLACK SUMMER?

JYASANG: It was one of the most memorable moment for me. I knew straight away that this would be an incredibly fun experience after meeting my crew members in our movie workshop where we first met. During the first week we went to Snowdonia in Wales where we shot about 30% of the movie. It didn’t feel like work, I felt like we were there on holiday because we had so much good times together. Sometimes I wish that the entire film could’ve been shot there.

LEX: So how did this experience of BLACK SUMMER differ to the filming of KABELI in Nepall?

JYASANG: Well for me there was not much difference. Only thing I would say that was different was the fact that I learned and gained more knowledge from Black Summer as I actively helped out in other things and got the chance to know more about cinematography.

LEX: You worked alongside quite a big team in BLACK SUMMER, who’s company did you enjoy the most?

JYASANG: Everyone was fun and nice to be around with, I enjoyed everyones company. If I really had to choose one person than it would be our one and only PATMAN dai Deepak Gurung. 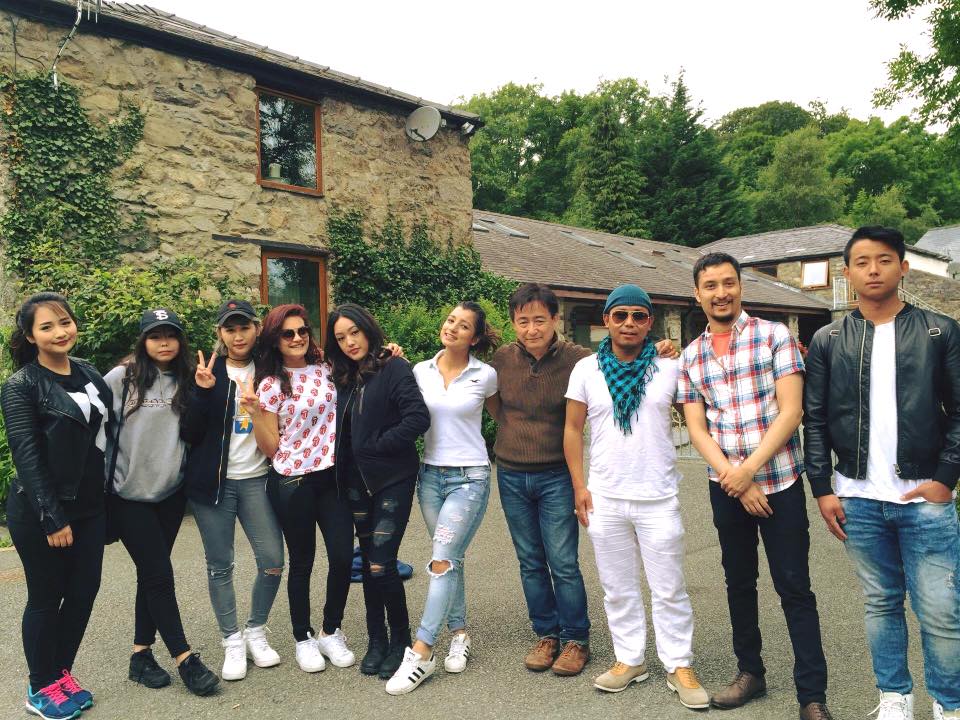 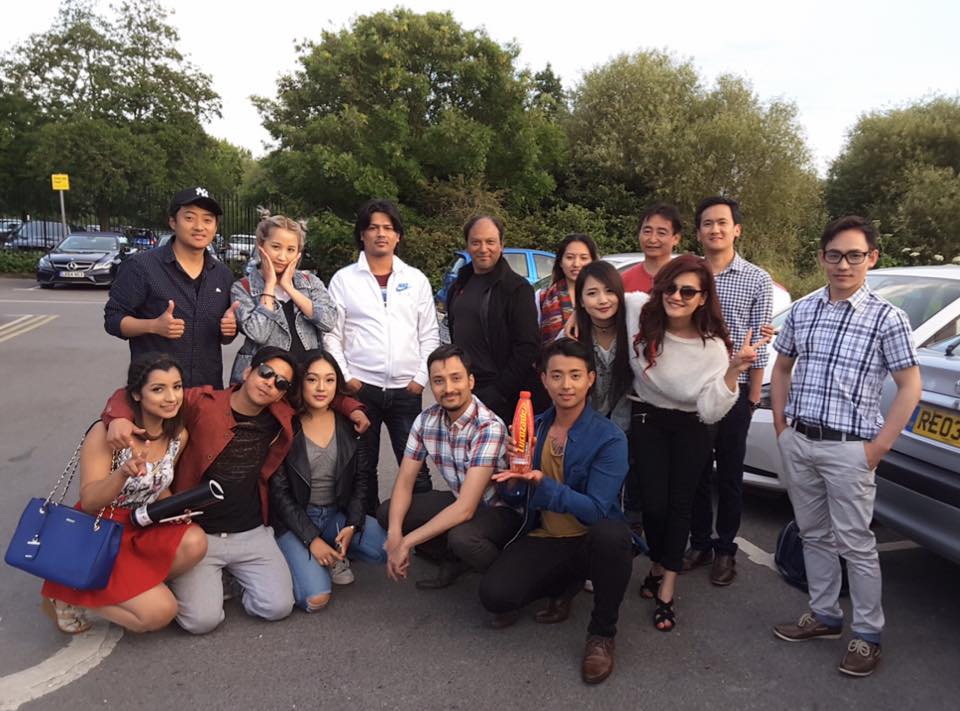 LEX: Apart from acting, you seem to also be a passionate singer, can we see you singing in BLACK SUMMER?

JYASANG: Yes I am very passionate about singing. Not just singing, I am passionate about music in general. I love playing instruments such as the piano, guitar and the drums. Behind the scenes we did have an acoustic live performance in Black Summer filming but unfortunately you wont see me singing in the film itself.

LEX: On that note, what is your current favourite song?

JYASANG: I dont really have one favourite song. I love so many songs, from the latest RNB and pop music, however I have always been a fan of Ed Sheeran. So I would have to go with Ed Sheeran’s Castle on the hill.

LEX: Okay, on films, what is a recent film you watched that you enjoyed?

JYASANG: The recent film that I watched and enjoyed very much was the Guardians of The Galaxy 2. I’ve been a huge fan of superheroes since childhood. I have also watched all the latest Marvel and DC Comics movies.

LEX: If you could do a dream role then what would it be?

JYASANG: My dream role would be to play as a police officer or a detective because I’ve watched far too many CID episodes when I was young and of course Salman Khan’s Dabangg.

LEX: Getting back to BLACK SUMMER, please talk us through your character and tell us a few words about it?

JYASANG: My character is just an ordinary guy who’s in college and loves to spend time with his friends. Unfortunately, he has some one sided love to deal with and is a very emotional guy as well. Due to various incidents in his life, he has quite the mood swing.

JYASANG: I would say the last night in Snowdonia, Wales! We decided to turn our villa into a club and pretty soon, everyone was dancing and enjoying the atmosphere.

LEX: You seem really involved with music and your interest in acting. At what age did you start getting interested in films and music?

JYASANG: Films and music was kind of like the only thing that I grew up with, well cricket as well. When there used to be electricity cut for 2 hours back in Nepal, I used to sit on the balcony with my mini toy guitar and just sing by myself, I also took a guitar lesson when I was in class 6. With films, I watched many Nepalese movies of actors such as Rajesh Hamal, Shree Krishna Shrestha, Dilip Rayamajhi not to mention Jackie Chan was my favourite. So I would say roughly from the age of 8 or 9.

LEX: How are you feeling about JUNE 24 the day of the BLACK SUMMER Premiere in Reading, excited or nervous?

JYASANG: I am feeling a bit of both to be honest. Excited because this is a huge thing for me and I didnt even imagine that I would be acting in a movie about three years ago and nervous because I haven’t seen the movie yet and I hope I have done a good job.

LEX: Thank you so much for your time and see you again on June 24!

Lex Limbuhttps://lexlimbu.com
Lex Limbu is a non-resident Nepali blogger based in the UK. YouTube videos is where he started initially followed by blogging. Join him on Facebook and follow him on Twitter.
Previous articleHappy Birthday Namrata Shrestha!
Next articleCenter for Nepal Studies UK 10th Anniversary Event Overview