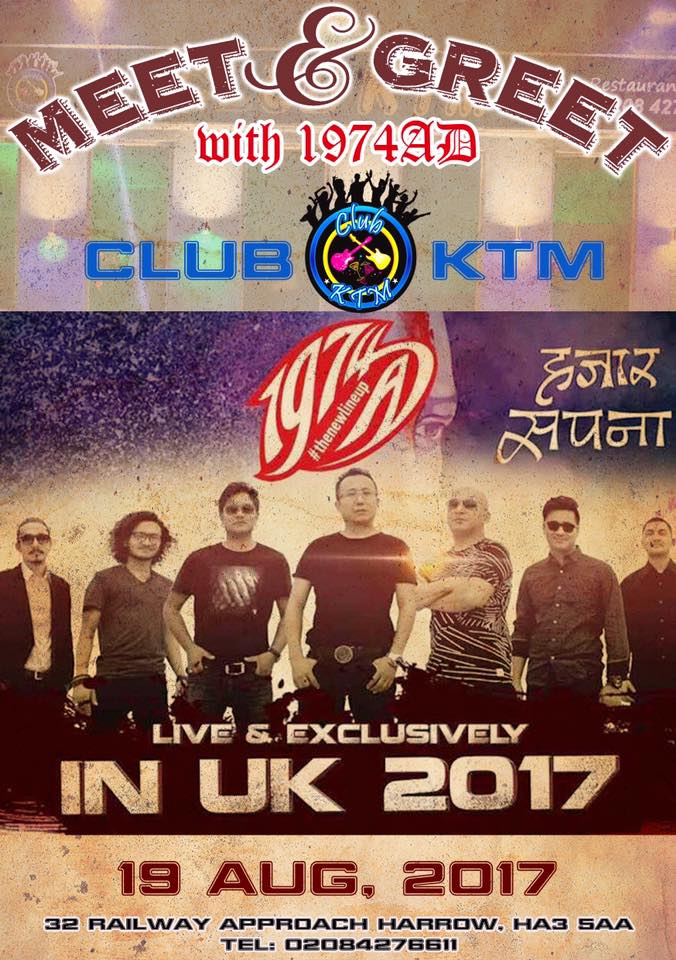 1974AD #thenewlineup are all set to perform in London on August 18th at The Coronet! The event by The Signaturee and D&G Entertainment have recently announced an after party ‘Friday Fever’ at the Electric in Brixton. Fans will have an exclusive opportunity for a Meet and Greet with the band at Harrow’s CLUB KTM on Saturday 19th August. CLUB KTM will host the meet and greet with the iconic band from Nepal. The venue’s very own Rishall Brothers Band will be playing live music as well as an appearance by the singer of Musu Musu Hasi Deu Na and Ananda Karki.