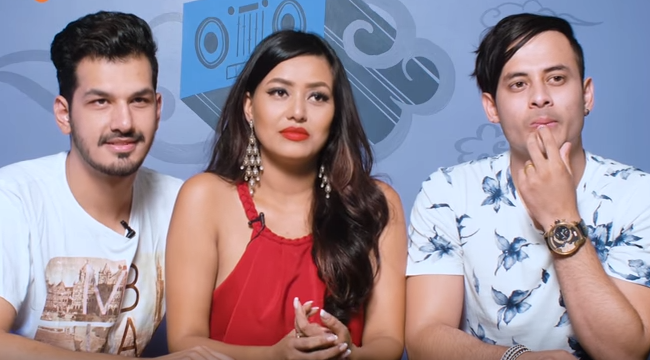 With only days away till the release of RANI, Malina Joshi, Saruk Tamrakar and Manish Sundar Shrestha returned to Paradygm TV for a Nepali Film Trivia! The trio were tested by Sisan Baniya on their Nepali film knowledge. Unsurprisingly, Malina was the first for the buzzer – answering many questions correctly! If you watched the previous Dashain Special then you will have seen Malina taking over. Whilst the boys were left behind by a huge gap, they did do pretty well… well they tried! I think the buzzer was slightly too close to Malina. Lols! A for EFFORT though!