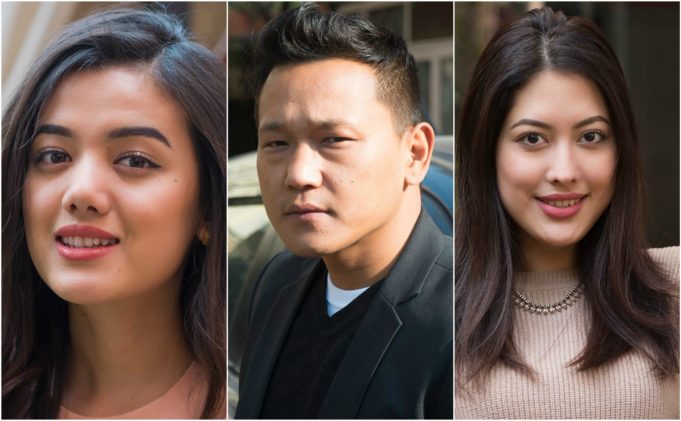 February marks 15 years since the popular band AASTHA released their debut album. The duo Naren Limbu and Sudip Gurung burst into the Nepali pop scene on February 8 2003 with hits Harpal, Ek Mauka to Birsana. The songs from the album were bonafide hits! Singer Naren Limbu who has continued with his music career has also ventured into direction and acting. The singer will be making his directorial cinema debut with AASTHA, a story based on a brother and a sister. The singer will not only act but has also written the story and will be directing the film. Naren will be acting alongside Kusum Gurung who will play his sister. Gurung is a theatre artist from “ज्ञ” and was recently part of the play Hariyo Dhunga directed by Sunil Pokhrel. The film will also mark the debut of Miss UK Nepal 2017 Sirjana Gurung.

Naren and Sudip will be coming together after fifteen years for the soundtrack of AASTHA. The filming for AASTHA began yesterday, on the birthday of Naren.

Well Well! Happy Birthday to Mr Limbu as well as GOOD LUCK for the AASTHA project to the entire team involved!

PS. Catch Naren Limbu live in the UK on 12th of May at Nepali Music Festival sponsored by LycaRemit UK!