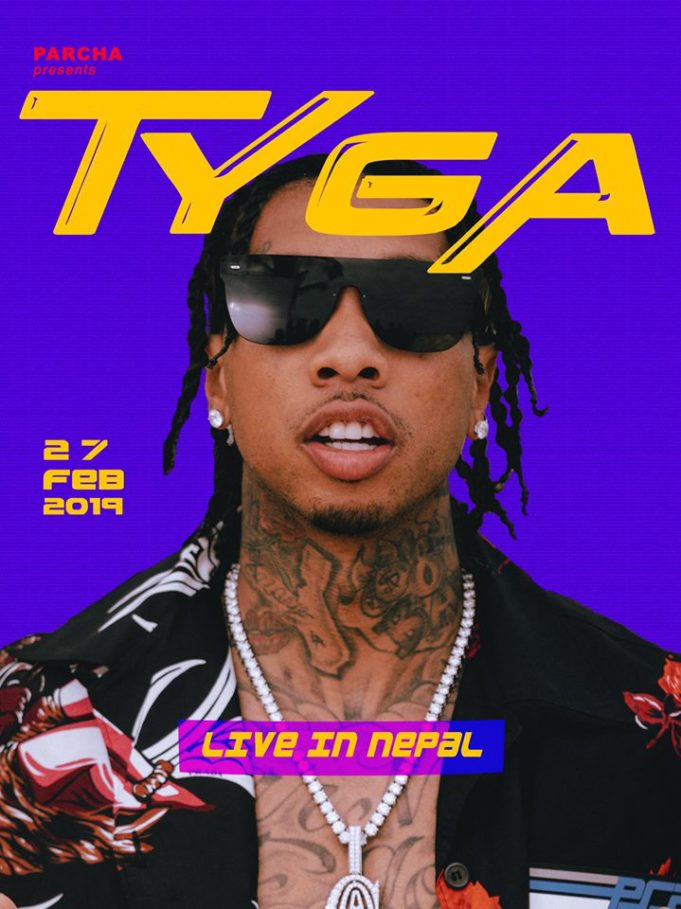 American rapper TYGA will be performing live in Kathmandu in February! The announcement comes from PARCHA. The event company from the UK are known for pulling of the massive Nepathya at Wembley Arena event as well as their annual JOON Festival and Nepali club events in London. Parcha has previously hosted several club and fashion events in Kathmandu but nothing that compares to bringing someone like TYGA.

The rapper is known for his hits from Rack City, Floss in the bank to Taste! Parcha are yet to announce more details but the most important thing is – TYGA is performing in Kathmandu at the newest venue LOD CLUB (OPENING SOON) on 27th February, 2019!