Keeping up with Samriddhi Rai can be a lot of fun online! This week the adventurous Samriddhi took her followers to The Cliff, a brand-new adventure destination in Kusma and had us in awe as she did her canyon swing and flew like a bird from the giant ping! She also gave an exclusive look into the glamping experience at The Cliff via several Instagram stories. I suspect a video coming – VERY SOON.

The Cliff also announced a flash one day sale for thrill seekers after the arrival of Samriddhi! Talk about a partnership and strategy aye! So for those of you who don’t exactly know where Kusma is… it’s a drive away from Pokhara on the way to Mustang. Located above the fierce Kali Gandaki river, The Cliff has the highest bungee platform in Nepal at 228m and a spectacular canyon swing which will be among the highest in the world (can’t say if it’s officially the highest).

We’ll have to wait till The Cliff officially shares the height of its activities to avoid any errors. I don’t want to jump and say this is the highest as I can see various results through a quick google search. Nonetheless, it looks like an incredible spot and I LOVE the giant swing! I mean… I guess one doesn’t have to fork out on a trip to Bali anymore aye?

Though my Visit Nepal 2020 trips got cancelled in a major fashion… I am very much looking forward to visiting all these spots when the time for travel arrives. 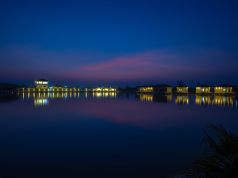 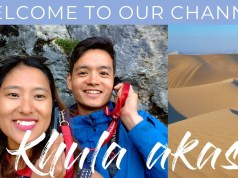