If you haven’t seen it already then here is the official trailer of MARY KOM. The film stars Priyanka Chopra in & as MARY KOM, the only Indian woman boxer to have qualified for the 2012 Summer Olympic games. Kom also won a bronze medal at the London Olympics. The film adaptation of Mary Kom stars our very own SUNIL THAPA as the coach for Priyanka Chopra. The Sanjay Leela Bhansali produced film has been directed by Omung Kumar and is set for a release on Friday the 5th of September!

The launch of the poster of MARY KOM and the trailer has already generated quite a buzz! Celebrities including Hrithik Roshan, Farhan Akhtar, Bipasha Basu, Deepika Padukone and more have tweeted about their excitement for MARY KOM!

I am a Priyanka Chopra fan and it’s amazing to see that she will play MARY KOM! However I do believe that it would have been better if the role was given to somebody else who actually looks like MARY KOM. You can google around to see the discussions online and why some feel strongly regarding the need to have a North Eastern face play in mainstream Hindi cinema and as Mary Kom. 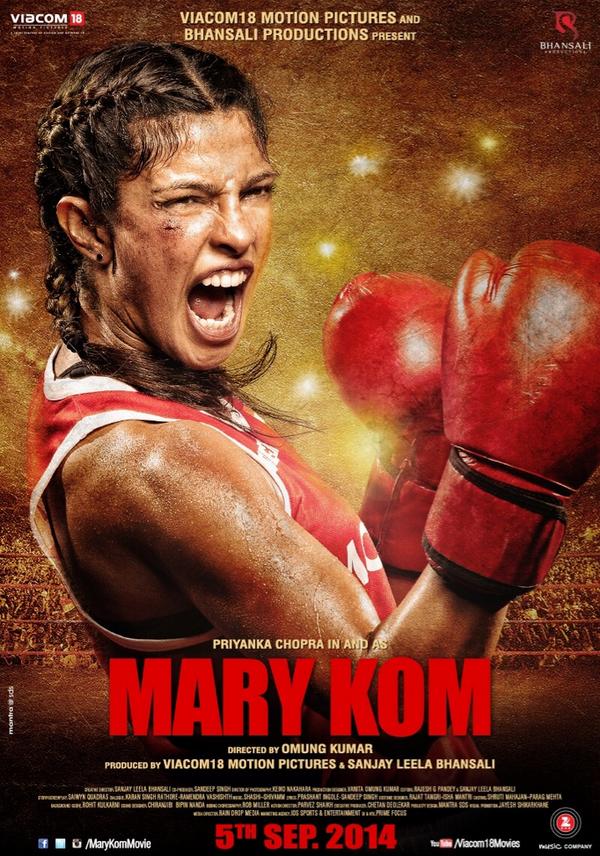