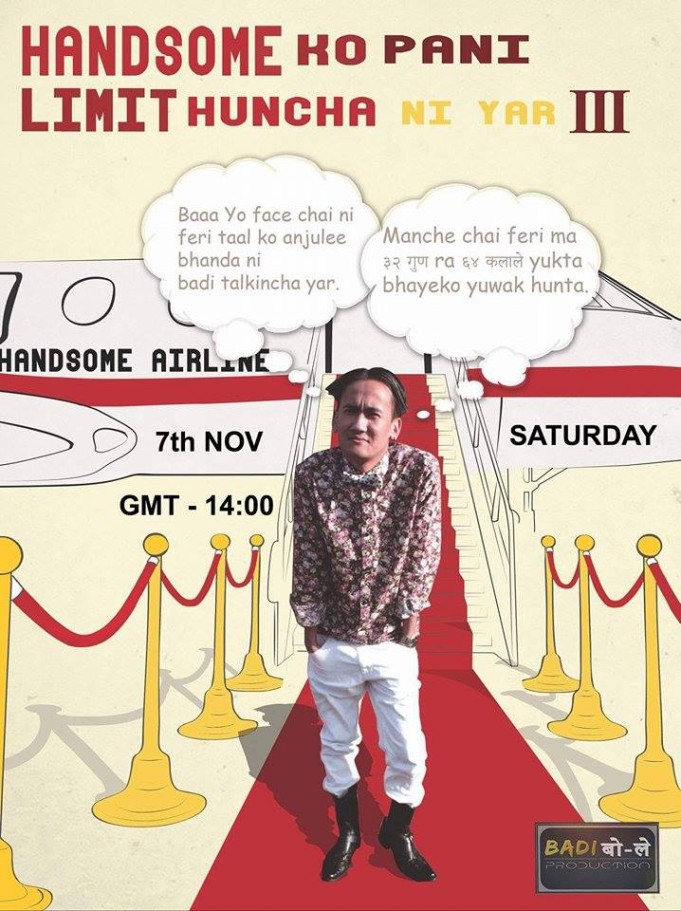 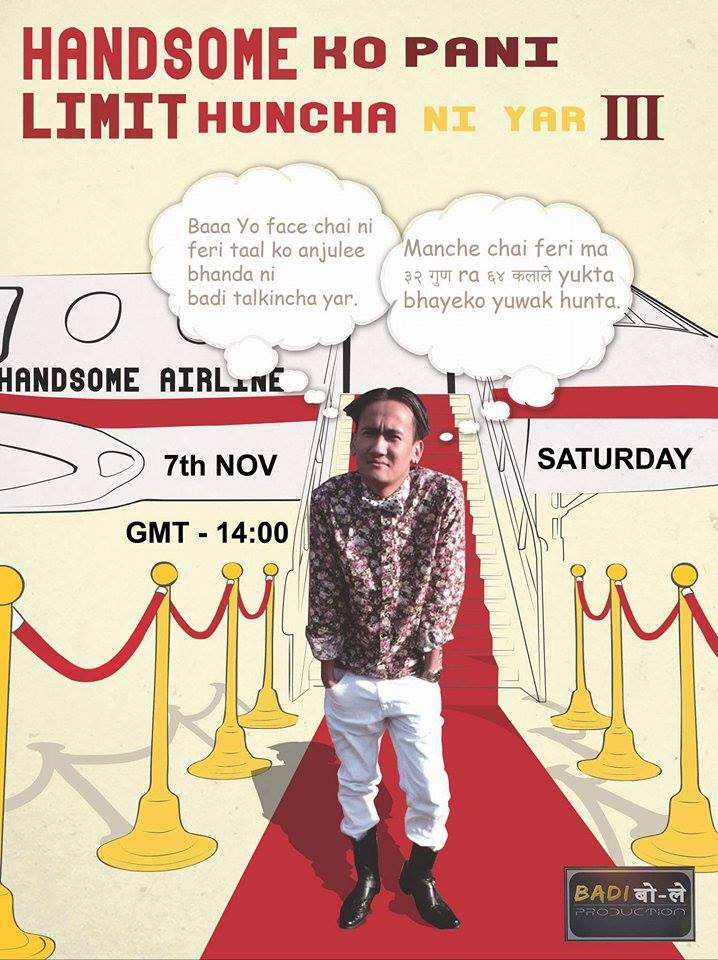 When HANDSOME KO PANI LIMIT HUNCHA NI YAR made its way on YouTube back in April, 2013; it instantly became a viral hit. The 7 minute long comedy video made VAXO (Vyakso) quite an internet sensation midst young people and even his dialogues crossed boundaries from video to reality. The video has racked up over 760,000 views on YouTube and they even came out with a sequel. The funny team from the UK are back hoping to create that magic once again with HANDSOME KO PANI LIMIT HUNCHA NI YAR 3. The third installment to their popular video will be on YouTube on Saturday at 2PM (GMT – UK TIME).

I loved their first and second video and I shall be eagerly waiting to catch the third one. Don’t forget to watch it. I definitely recommend it… mindless laughters ko lagi 😉

Here’s the first one for your viewing.