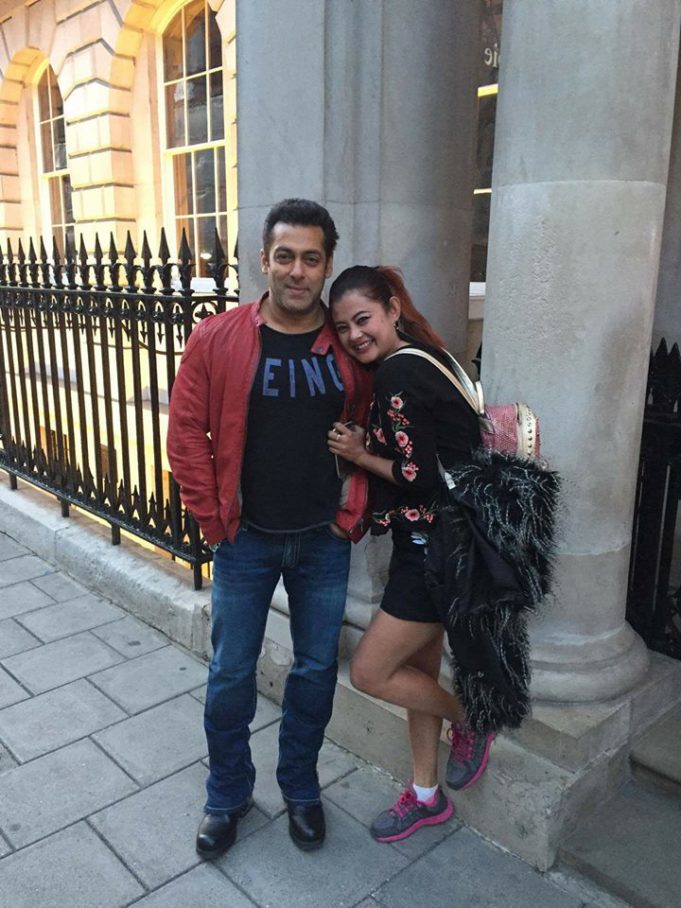 The BINDASS actress Sushma Karki who’s in the UK at the moment recently bumped into Bollywood actor Salman Khan in London. The Udhreko Choli item girl was pleasantly surprised to run into the WANTED actor during a stroll around the capital city. Karki is currently in the UK for the Bijaya Dashami Subhakamana Sajh. She’s performing alongside singers Hemant Rana and Kali Prasad Baskota. Speaking to lexlimbu.com, Sushma shared that the conversation between the actor and herself lasted for approximately ten minutes with the actor being very kind and warm. The Mero Euta Saathi Cha actress also invited Salman Khan to visit Nepal, highlighting the growth of the Being Human stores in the capital city.

Let’s just say… I am sure Miss Karki left quite the impression on Salman Khan. I am totally down for Sushma playing a clever vixen or doing an item number with Salman Khan! She’s an entertainer! 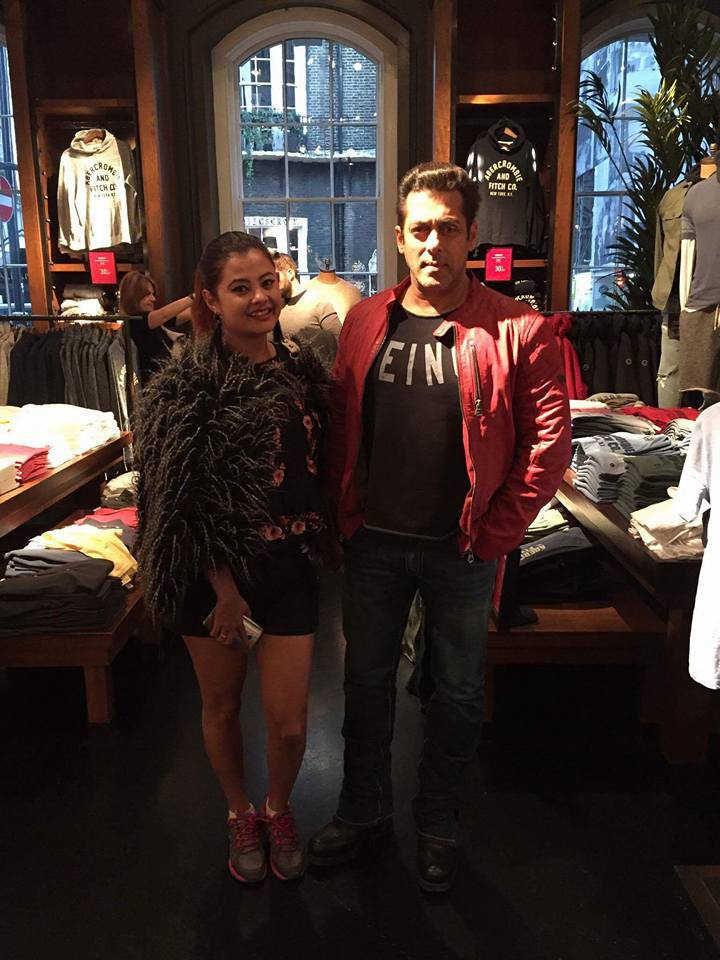