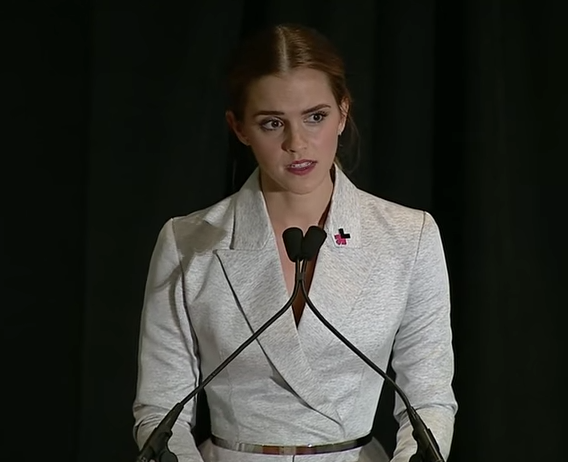 Harry Potter actress and UN Women’s Goodwill Ambassador Emma Watson gave a speech on Saturday during the launch of the HeForShe campaign at the United Nations base in New York. The speech by the actress talks the audience through her journey to becoming a  gender equality activist and through the new campaign she invites men and women to work together for gender equality. I loved the speech! It has gone pretty much viral and won Emma praise from all over – unfortunately – Watson is now a target of the 4chan group who have threatened to leak nude pictures of the actress.

“I want men to take up this mantle,” Watson said. “So their daughters, sisters and mothers can be free from prejudice but also so that their sons have permission to be vulnerable and human too – reclaim those parts of themselves they abandoned, and in doing so be a more true and complete version of themselves.”

Wonderful speech by Emma Watson and it’s really saddening that because she spoke out and spoke up – there are people ready to play with her image and bring her down. Whatever happens – there will be millions of people supporting the actress and be moved by her speech. Damn – the haters!!