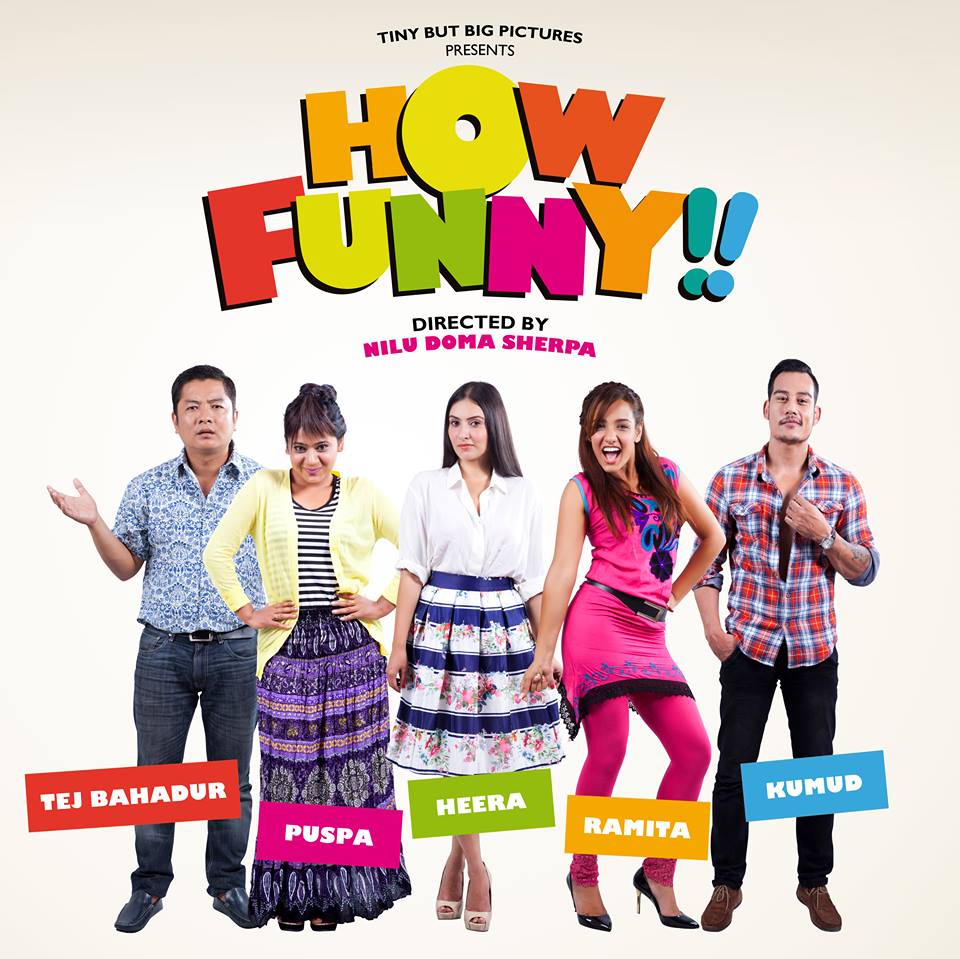 A new Nepali film titled HOW FUNNY was recently announced during a press event in Kathmandu’s Radisson Hotel. The film will also be a first for director Nilu Doma Sherpa. The comedy film stars the hot and happening Priyanka Karki, Keki Adhikari, Nisha Adhikari, Dayahang Rai and the handsome Anoop Bikram Shahi. Expect something youthful, funny and very ‘in’ right now!

The film which has been written by Shan Basnyat revolves around three girls who are very different from each other yet there are moments and circumstances that tie them together. Our very own Malvika Subba is the executive producer of HOW FUNNY – a first for the former Miss Nepal. Ang Nuru Sherpa, Tshering Lama Sherpa and Nima Tashi Sherpa are the producers.

For more information about HOW FUNNY – please visit BadalNepal.com

Lex Limbuhttps://lexlimbu.com
Lex Limbu is a non-resident Nepali blogger based in the UK. YouTube videos is where he started initially followed by blogging. Join him on Facebook and follow him on Twitter.
Previous articlePrabal Gurung Confirms Nepal Trip
Next articleSpecial Citizenship for Non-Resident Nepalis