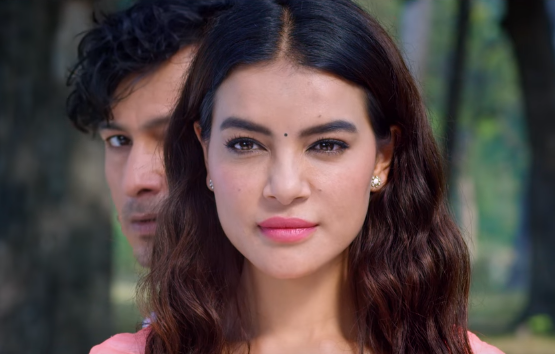 After a gap from her debut film GAJALU alongside Anmol KC, Shristi Shrestha has two releases ahead of her. The actress and Vinay Shrestha’s ROMEO & MUNA will finally release in Nepal later this month and the teaser of her film “BANDHA MAYALE” alongside Aaryan Adhikari has also dropped today! The film looks pretty loud and action packed. Director Shabir Shrestha’s films are enjoyed in single-screen cinemas especially outside Kathmandu.

The film will release on the same day as Intu Mintu Londonma on September 21st. It’s going to be quite a competition between IMLM and Bandha Mayale but I am sure both films will comfortably find their audiences. This will be a good career move for Shristi especially in getting her familiar with more audience across the country.

Enjoy the teaser below!